Indian students are very welcome in the UK, says David Cameron ahead of India visit 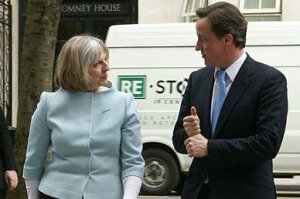 British Prime Minister David Cameron will visit India next week to boost trade ties. But ahead of his visit, he told the Asian media that genuine Indian students with a confirmed university seat and a basic knowledge of English are very “welcome”.

There is no cap or limit on the number of genuine students that can come to the UK to pursue education in British universities, Cameron said.

His message urging Indian students to come to the UK for education follows the concerns expressed by several Indian students and their families about the tough visa rules as well as about the confusion over the constantly changing visa regulations in the UK.

Under the new changes, foreign students will have the right to remain in the UK after their studies only if they get a graduate-level job with a minimum salary of  £20,000.

According to the Home Office, a large number of Indian men had used the student visa as a vehicle to get entry into the UK prior to the new rules.

The coalition government’s stricter visa regulations and its stricter inspection into educational institutions sponsoring student visas are aimed to end the abuse on the system.

However, even genuine students find the tighter regulations in the UK difficult, complex and full of hassles and so they choose other places -- such as the US, Australia or New Zealand -- to study.

A recent research revealed that, for the first time, the number of Indian students coming to the UK has declined.

The figures released by the UK’s Higher Education Statistics Agency (HESA) found that students from India coming to the UK for higher studies fell dramatically (by 24%) in 2011-12.

But Cameron encouraged Indian students to pick UK for studies. He added that if the students can get a graduate-level job quickly after their studies, there is no limit to the number of students who can stay and work, or to the time they can stay in the UK.

Cameron’s charm offensive came days ahead of his second visit as prime minister to India. He will visit Delhi and Mumbai among other places and discuss ways to boost mutual trade and investment.

On a lighter note, he told the Asian media that he is a fan of hot curries and cricket.