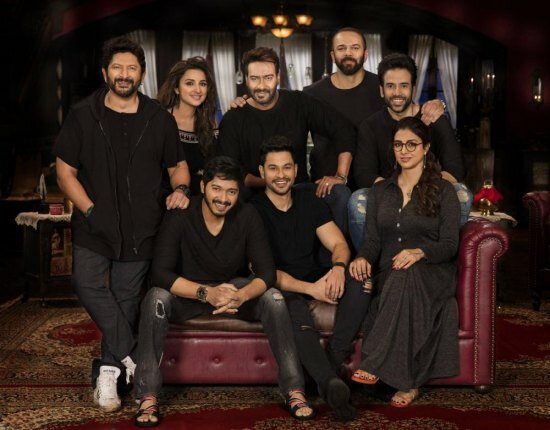 Rohit Shetty turned 43 on March 14th and the entire star cast of Golmaal Again shared the first look of the comedy film as a treat to Rohit Shetty fans. The slick first look shows all the actors dressed in black and as one big happy family. 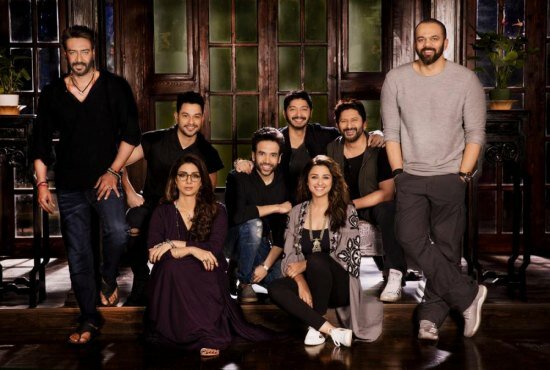 The two leading ladies Tabu and Parineeti Chopra look sharp and beautiful while the men flash their smiles. “Amidst all the fun & madness, it took a LOT for us to come together, act sober & pose for a photo. We deserve an applause,” the team said on Twitter.

Golmaal is Rohit Shetty’s blockbuster comedy series of films. The first Golmaal film, starring Ajay Devgn was released in 2006, the second one in 2008 and third, with Kareena Kapoor, in 2010. The fourth instalment – Golmaal Again – will release seven years later. Ajay Devgn’s character in Golmaal is Go (Gopal) and Arshad Warsi is Ma (Madhav).

An excited Ajay Devgn tweeted this:

Birthdays should be mad fun and glorious...a lot like our Golmaal family. Happy Birthday Rohit! pic.twitter.com/ZmXH5mR3Cx

This is the first time, Parineeti Chopra and Tabu will be seen in Golmaal series.