An increasing number of London streets are plagued with public spitting and Hounslow Council is looking to ban spitting in public places in the borough. The council is urging local residents to sign an anti-spitting petition so it can press ahead with the ban. 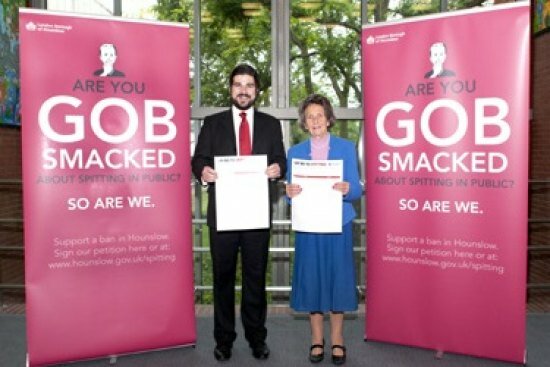 “So, if you want to stand up for standards in Hounslow and ban spitting – sign our petition,” Mayne said.

A ban means the local authority can impose a fine on anyone who is caught spitting in public. But the local authority will not be able to introduce a ban without the support of local residents. It needs to demonstrate to the government that there is widespread public support among local residents in Hounslow to introduce the by-law against spitting.

That’s why it has created a petition on Monday, September 23. The petition is available online (here) and in paper form in all borough libraries, and at the Civic Centre on Lampton Road. 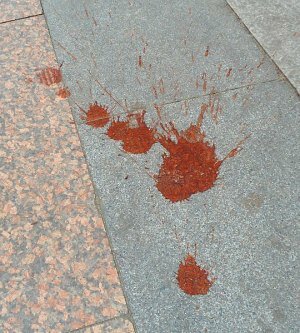 Residents have until December 18, 2013 to sign the petition. In two days, the council has secured a total of 76 signatures with many residents spreading the word on social networking sites such as Twitter calling for others to sign too.

The petition follows a council motion proposing a ban on spitting which was backed in April this year. The council now needs to demonstrate public support for a government approved by-law, in order to introduce the ban.

Councillor Liz Mammatt – who proposed the motion – said: “Spitting in public is foul and is becoming a problem in many parts of London.

"We want to ban it in Hounslow but we cannot do so without the support of our residents, which is why it’s hugely important as many people as possible sign this petition.”

Hounslow borough is home to about 24.7% of UK’s Asian community population and many residents have complained of paan (betel leaf) stains on pavements and public spitting on the streets.

Public spitting is not just unhygienic and filthy, it also leads to spreading of tuberculosis (TB). Last month, figures from Public Health England revealed that TB cases in the UK are highest among western European countries with London accounting for the maximum number of cases in 2012.