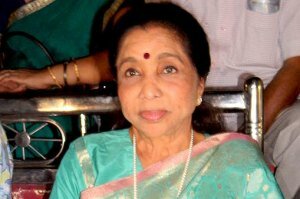 Varsha Bhosle shot herself on the head at her Pedder road Prabhu Kunj residence in South Mumbai at noon on Monday, according to reports. She was suffering from deep depression.

This was Varsha Bhosle’s second attempt at suicide. Previously she was admitted to a hospital for an overdose of sleeping pills in 2008.

She had a career in journalism and was a columnist for a couple of leading dailies including The Times of India and online portal Rediff. She has also had a brief career in playback singing and has joined her mother in a few concerts.

Asha Bhosle who was in Singapore at the time of the unfortunate event is reportedly heading back home. Varsha was Asha Bhosle’s only daughter and lived with her. The singer also has two sons and five grandchildren.

The Mumbai Police have confirmed Varsha’s suicide adding that she possessed a licensed weapon.