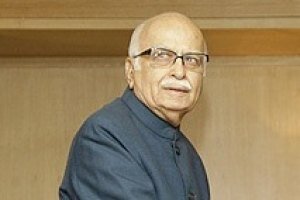 Lal Krishna Advani, one of the founding members of the BJP, is resigning from all his party posts over party differences. But 24 hours later, he has withdrawn his resignation, party chief Rajnath Singh announced.

According to media reports, Advani’s resignation was a reaction to BJP’s decision to appoint Narendra Modi as head of the party’s Lok Sabha campaign committee.

Advani resigned from three main party posts – the National Executive, the Election Committee and the Parliamentary Board.

“For some time I have been finding it difficult to reconcile either with the current functioning of the party, or the direction in which it is going,” the 85-year-old senior politician wrote in his resignation letter to BJP president Rajnath Singh.

“Most leaders of ours are now concerned just with their personal agendas. I have therefore decided to resign,” he added.

BJP, the main Opposition party selected Gujarat chief minister Narendra Modi to lead its campaign in next year’s general elections. Modi has risen to national significance after turning Gujarat into one of the fastest developing Indian state. But he is also criticised for his right-wing ideologies and for not taking effective action to stop the anti-Muslim riots in Gujarat in 2002.

Modi, one of India’s most controversial politicians, has vowed to defeat the Congress party in the next election and his appointment as the leader of the election committee takes him one more step closer to the post of prime minister.

On his official Twitter account, Modi said on Monday: “Had a detailed conversation with Advani ji on phone. Urged him to change his decision.”

However, it is not yet clear the terms and conditions under which the resignation was withdrawn.

Party president Singh refused from accepting Advani’s resignation and senior party members including Sushma Swaraj were looking to convince him to change his decision on Monday, June 10.