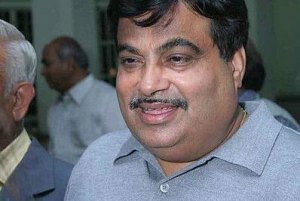 Nitin Gadkari, who has served as Indian government’s main opposition party BJP’s president for over three years has resigned from his post on the eve of party president election. Former UP chief minister Rajnath Singh is widely tipped to become the next BJP president.

Gadkari’s resignation came amid Congress-led UPA party’s allegations of fund mismanagement by him.

Tendering his resignation, 55-year-old Gadkari said: “I have committed no wrong or any impropriety either directly or indirectly,” he said. “Yet the UPA government has been making an effort to spread disinformation about me in order to hurt me and my party.”

“I have always said that I am willing for any independent enquiry. I shall fight these efforts of this government both politically and legally,” he added.

Last year, opposition parties have allegedly accused Gadkari of using shell companies to fund his business as well as for receiving investments from contractors. They called for a corporate fraud probe on Gadkari.

“I do not wish that this should in any way adversely affect the interest of the BJP. I have therefore decided not to seek a second term as the president of the BJP,” Gadkari said in a statement.

The BJP party president election comes just days after Congress elevated Rahul Gandhi to the role of vice president to prepare him to lead the party in the 2014 general election.

Rajnath Singh, who has been a BJP member since 1980s when he lead the party’s youth wing is likely to succeed Gadkari as the party president.