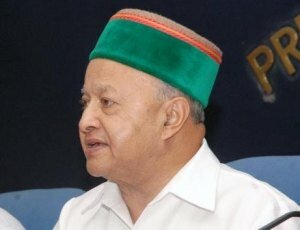 Virbhadra Singh, the minister for small businesses in the Congress-led UPA government has resigned from his post as pressure mounted on him over corruption charges.

79-year-old Singh submitted his resignation to Prime Minister Manmohan Singh on Monday [June 25]. The move comes after a Shimla court said there was sufficient evidence to press charges of corruption and criminal misconduct against him and his wife in a 23-year old case.

Singh is the third minister to resign from the Manmohan Singh-led UPA government over corruption charges. Previously, minister for communication and information technology, A Raja and minister for textiles, Dayanidhi Maran resigned over similar charges.

Singh’s decision to step down adds renewed pressure on several other high-profile union ministers including Chidambaram, Vilasrao Deshmukh and S M Krishna who all are under scrutiny.

Singh, however, remains a member of the Indian National Congress Party which he joined at the beginning of his political career in 1961. he obtained a seat in Lok Sabha after the 1962 elections, becoming one of the youngest members of the lower house of the Parliament.

Virbhadra Singh has held other cabinet portfolios in the past including being the Minister for Steel. the Simla-born politician has also been the Chief Minister for Himachal Pradesh for several years.

His resignation comes after the Anti-Corruption Bureau of Himachal Pradesh alleged that Singh and his wife had breached the Prevention of Corruption Act during his tenure as the state's Chief Minister aby being part of several suspicious financial transactions.