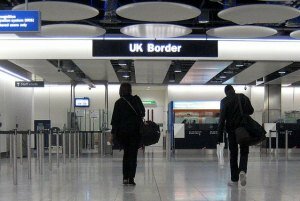 Figures released by the Office for National Statistics showed that net migration to the UK has fallen by 59,000 in the year ending March 2012. The number of total visas issued was also at its lowest since 2005.

The provisional figures showed that net migration has fallen “significantly” to 183,000 from 242,000 the previous year, the Home Office has said.

The drop in immigration follows the recent measures taken by the Home Office comes to reform of the immigration system.

Drop in the total number of visas issued, but rise in student visa

The total number of visas issued for work, study and family reasons is at its lowest since 2005.

“We are bringing immigration back under control. Our tough policies are taking effect and this marks a significant step towards bringing net migration down from the hundreds of thousands to the tens of thousands by the end of this Parliament, said Mark Harper, the new immigration minister.

While net migration has declined, there has been a slight rise in the number of sponsored student visa applications for the University sector – and a further increase in student visit visas. “It’s clear that international students continue to come to the UK’s world renowned universities,” Harper said.

As the ONS figures are for the year ending March, it does not take into account the effect of London Metropolitan University’s licensing revocation. The Home Office’s decision to revoke the university’s license to issue student visas affected thousands of international students. Many students had to hunt for new sponsors while others faced deportation.