UK visa applicants from countries with a high risk of visa offenders such as India, Pakistan, Sri Lanka, Bangladesh and Nigeria could be charged £3000 “bond” fees (2.7 lakh of Indian rupees) for a valid visa from November 2013 onwards, the Sunday Times revealed on Sunday and the Financial Times confirmed on Monday. 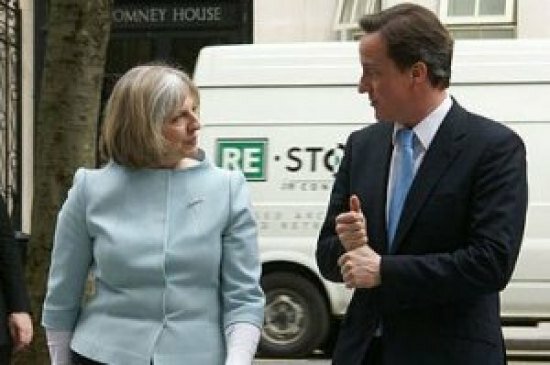 The move is aimed as a deterrent against visa abuse in the UK and is part of the Home Office’s series of measures aimed at making visa process stringent to curb immigration.

The £3000 cash bond deposit is the “next step in making UK’s immigration system more selective” bringing down UK’s net migration while still attracting “the brightest and the best to Britain”, home secretary Theresa May was quoted as saying.

The bond money will be forfeited if the migrants overstayed in the UK.

May also confirmed to the newspaper that, in the long run, Britain will introduce a system of bonds that will deter overstaying and recover costs should a foreign national use UK’s public services.

The pilot will be rolled out in November and will apply to visitor visas first.

The Confederation of Indian Industry (CII) attacked the UK government’s £3000 security bond for visas as “very unfortunate” and “highly discriminatory”.

According to the CII, the bond fee is also against the “special relationship” with India publicised by the UK government.

“Such blanket rules for visas will negatively affect not only businesses, especially small businesses, it will also bring down the number of students going to the UK for higher studies and affect the tourism inflow from India to UK,” CII spokesperson said in a statement.

The Conservative-led coalition government wants to cut annual net migration down to tens of thousands by 2015.

But after facing criticism from the media, think-tank and trade bodies in India, the UK government was thought to be reconsidering the £3000 bond policy with reports suggesting that prime minister David Cameron had not signed off on the policy.

Do you agree with the UK government's plans to introduce a bond-visa scheme? Write to us at or share your views in the comment box.