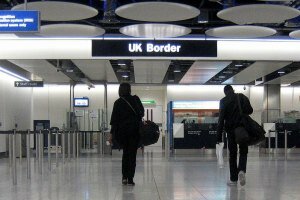 Total immigration to the UK was 566,000 in 2011 and net migration was 216,000. While the net migration was lower than 2010 numbers, the government’s target of capping it at 100,000 was not achieved, a report from the Office of National Statistics showed.

The report noted that citizens from non-EU countries continued to be the largest group of migrants to the UK compared. An estimated 314,000 non-EU citizens including Indians arrived to live in the UK in the year to December 2011. This constituted 55% of the total number of immigrants.

The migration statistics demonstrate the folly of the Government's target to reduce net migration to less than 100,000 a year, according to the IPPR (institute for Public Policy Research) in the UK.

While the 2011 immigration numbers are slightly lower that the 2010 figures, the fall is not statistically significant, it noted.

“The statistics show that the government remains a long way from its goal,” said Sarah Mulley, associate director at IPPR.

Recent visa data has suggested that further declines in immigration may be achieved especially as the number of student visas issued has fallen.

“But even reductions on this scale seem unlikely to be enough to get net migration under 100,000, not least because student migration is mostly short-term, which means that reduced immigration now leads to reduced emigration later, drastically reducing the impact on net migration after the first year or two,” Mulley said.

“If the target is missed, public confidence in the immigration system will be further undermined, making the politics of migration in the UK even more ugly than it is already,” she added.

The IPPR also attacked the government’s strategy of reducing net migration at significant economic cost to the country – that is by reducing the numbers of skilled migrants who come to the UK to work hard, pay taxes, help businesses grow, and staff our public services, as well as fee-paying students who support our colleges and universities and provide jobs for thousands, Mulley added.