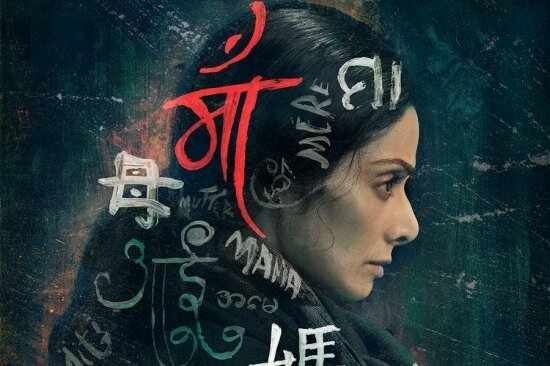 Bollywood ace actor Sridevi Boney Kapoor made a successful comeback in 2012 with English Vinglish film after 15 years of gap. Sridevi fans have a special treat to look forward to in 2017: her upcoming film Mom. The actress shared the first look poster of the film and it has left audience mesmerized and eager for more.

The 53-year-old veteran actor Sridevi will be seen as lead in the drama film Mom produced by husband Boney Kapoor and herself. It is scheduled to release in July 2017, five years after English Vinglish. The film is directed by Ravi Udyawar.

When a woman is challenged... Here's presenting the first look of MOM. #MOMFirstLook pic.twitter.com/taaJBeDH1d

The poster shows a stern looking woman – Sridevi – and has the word Mom written in multiple languages. Sridevi’s side profile and the simple three-letter word Mom makes the initial first look poster impactful. The first look poster of Mom has since been shared several times on social media by her fans.

Actor Salman Khan unveiled the poster of Mom at Zee Cine Awards and called her a ‘bigger star than all the Khans’ in his tribute.

According to reports, Salman said "She completed 300 films, after starting her career as a child artiste. Our work cannot even be compared to this legend - she is none other than Sridevi!" A Padma Shri winner, Sridevi started her acting as a child artiste and has been a successful leading lady in Bollywood for many years.