Pictures of Bollywood stars at the 2013 Star Guild Awards show

Basu was also the co-winner of the best director award for Barfi which he shared with Sujoy Ghosh for Kahaan.

Here’s a look at the stars who attended the 2013 Star Guild Awards in Mumbai. 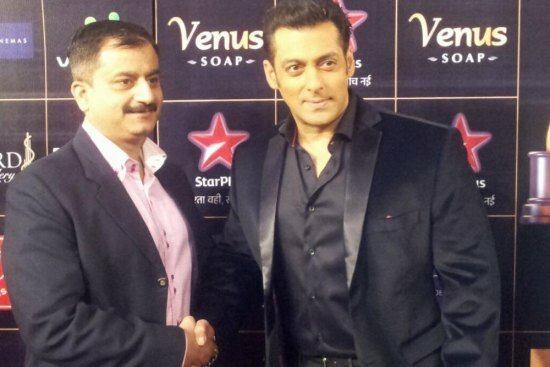 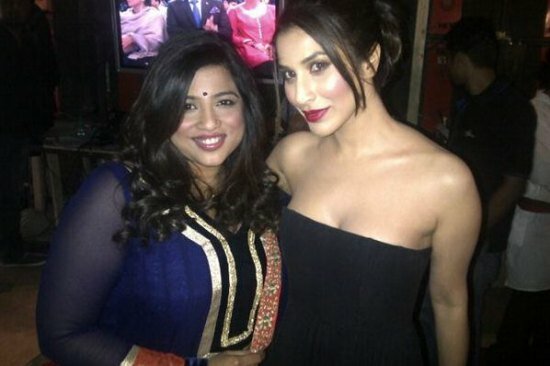 Choudry shared a picture of herself from the awards function. Sophie, dressed in a black strapless gown was on stage to give away Red FM favourite song of the year award at Star Guild. 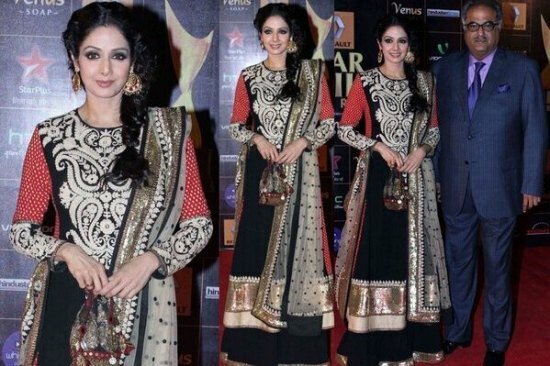 Sridevi whose comeback film English Vinglish won eight nominations in various categories was looking sophisticated and beautiful in her red, black and white Sabyasachi anarkali. She attended the event with her husband Boney Kapoor. 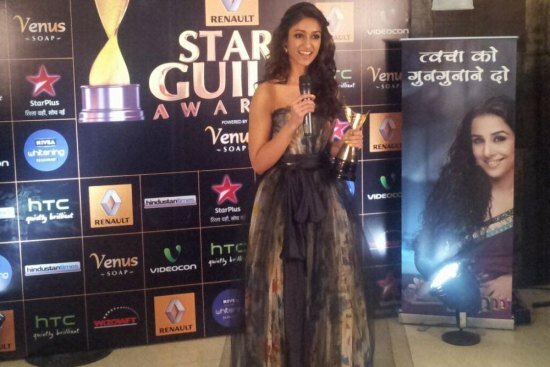 Southern sensation Ileana D’Cruz famous for her roles in Tamil film Nanban was also at the awards night to collect her debut award for her supporting role in Barfi.

Ileana was dressed in a shimmery black lace gown with a white floral underlay and had minimal makeup and simple hairdo. 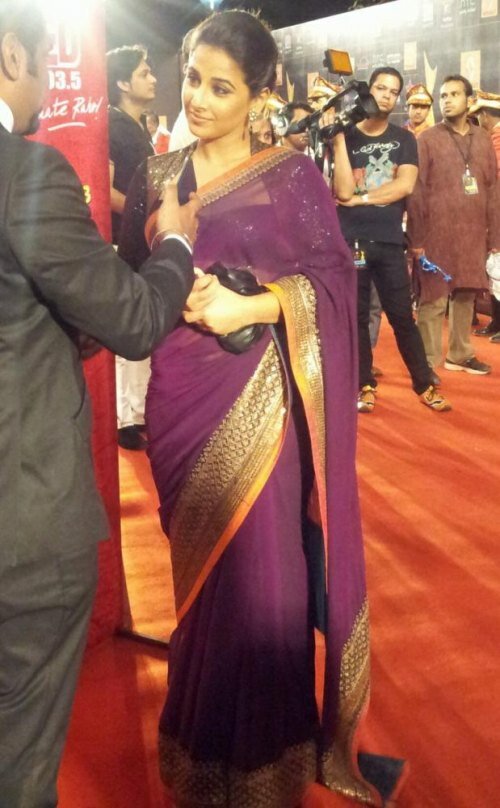 Newlywed Vidya Balan made an appearance in her traditional saree avatar. But this time, she was not dressed in Kanjeevaram and instead opted for a plain purple Sabyasachi saree with yellow and gold border. She took home the award for best actress for Kahani. 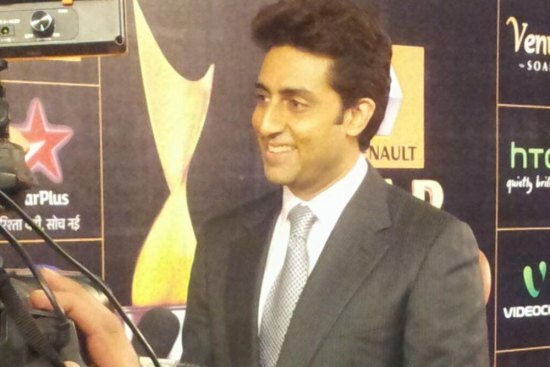 Abhishek Bachchan also attended the Star Guild Awards 2013 to represent his Bol Bachchan team. He was dressed in suit and tie but was seen without wife Aishwarya Rai Bachchan.