English Vinglish has marked Sridevi's Bollywood comeback. Despite being away for nearly 14 years, the veteran actress’s film attracted a huge number of viewers on social media sites including YouTube and Twitter and won her a standing ovation at its premiere at TIFF. 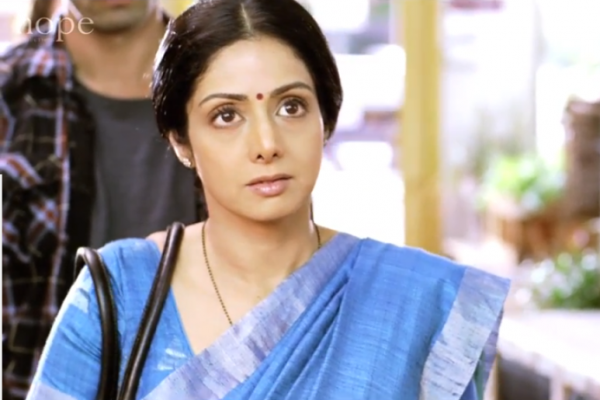 Directed by debutante director, Gauri Shinde, English Vinglish released on October 5 while its world premiere took place on September 14, 2012 at the Toronto International Film Festival (TIFF) to a sold out show and the audience gave it a thundering applause.

The film has a huge star cast featuring French actor Mehdi Nebbou and actors such as Adil Hussain and Priya Anand.

English Vinglish will be dubbed in Telugu and will be released in three languages simultaneously – Hindi, Tamil and Telugu. Actor Amitabh Bachchan and southern movie star Ajith Kumar (who is riding on the success of Billa 2) make guest appearances in the Hindi and Tamil versions of the film respectively.

Sridevi’s last prominent release in Bollywood was Judaai in 1997 where she was seen alongside Anil Kapoor and Urmila Matondkar. Sridevi was nominated for both Filmfare and Screen awards for best actress for her role in Judaai.

While English Vinglish marks Sridevi’s Bollywood comeback after more than a decade, it will also mark her comeback in Tamil cinema after a gap of 26 years.

The official theatrical trailer of English Vinglish on YouTube has garnered more than 1.3 million hits in the first couple of weeks. Sridevi promoted her film in Madhuri Dixit's dance show Jhalak Dikhla Ja.

Here is the theatrical trailer and first look of Sridevi in English Vinglish.