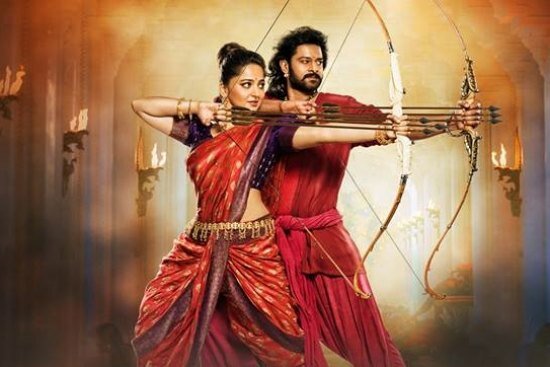 The epic trailer of Baahubali 2 or Baahubali: The Conclusion is just out! And viewers are stunned and spellbound at the sheer cinematic grandeur as the video crosses 2.3 million views in just 5 hours.

Baahubali 2 -  The Conclusion is the epic sequel to historical fiction film Baahubali 1 (The Beginning)  released in 2015.

For those interested in the official Telugu trailer, here it is:

The most awaited "Baahubali2 - The Conclusion" Trailer is finally out! #Baahubali2Trailerhttps://t.co/KrGFW0rq3g

Baahubali 2 is made on a budget of 2 billion Indian rupees but has already made a business of 5 billion rupees even before it releases. Baahubali 2 releases worldwide on April 28, 2017. Directed by master storyteller SS Rajamouli, Baahubali 2 features the same actors as the prequel – Prabhas, Rana Daggubati, Tamannaah and Anushka Shetty.

The official trailer was released on YouTube by Karan Johar’s Dharma Productions on Thursday, March 16th and instantly went viral and was the most trending topic on Twitter for hours.

And here's how Twitterati reacted to the official trailer: