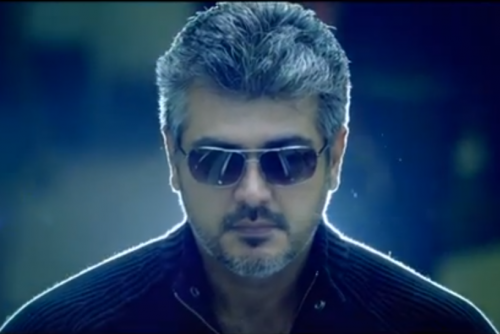 Arrambam will be Tamil superstar Ajith’s 53rd film and is directed by Vishnuvardhan, who has worked with Ajith previously in action blockbuster Billa. Ajith will be sporting a “salt-and-pepper” look similar to his character in another film Mankatha.

The film’s soundtrack, composed by Yuvan Shankar Raja, was released on Thursday 19 September and it topped the iTunes chart in India the same day. The film’s distributors also released a short crisp teaser of Arrambam on Ajith’s birthday back in May which crossed the two-million views mark within two days of its release.

The film’s trailer is heavily focused on Ajith’s central character, his action sequences, dare-devil attitude and punchy dialogues. The trailer shows Nayantara as his love interest in the film and Taapsee plays Arya’s romantic interest.

The short trailer ends with Ajith’s dialogue: “It’s just the beginning” emphasising the title of the film Arrambam (Starting point).

Ajith Kumar was last seen in Billa 2 -- the sequel to his superhit film Billa. The actor has a huge fan following in the UK with his previous film Billa 2 raking in bumper profits on its release in the UK.