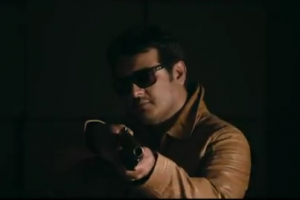 Ajith Kumar-starrer Tamil crime-thriller Billa 2 has opened to positive reviews in foreign countries and has drawn huge sets of audience in the UK and in Australia.

Billa 2 is the prequel to Ajith’s 2007 movie Billa and is directed by Chakri Toleti, an Indian film director based in the US.

The 2007 gangster movie was about an underworld don, David Billa (Ajith Kumar), operating from Malaysia, and the Interpol’s chase to catch him. Billa is killed in an encounter and the movie then tracks how a Billa look-alike called Saravana Velu (also Ajith) learns about Billa’s gang to infiltrate it.

The prequel, Billa 2, focuses on how David (Ajith), an ordinary man from the coastal regions of Tamil Nadu, becomes Billa, a dreaded underworld don operating out of Malaysia. It was filmed in Tamil Nadu, Goa, Hyderabad and Georgia.

The film released on Friday, July 13 worldwide and according to trade analysts, it has collected over Rs. 30 lakhs (£35,265) nett at the UK Box Office on the first day. Analysts added that the movie drew audience despite being issued an “18” Certificate by the British Board of Film Classification. This certificate equals “A” Certificate in India.

Billa 2 has also received positive response at the Australian Box Office and has collected nearly Rs. 14 lakhs on the opening day.

While the box office collection of Billa 2 from other international market including the US, France, Malaysia and Gulf countries has not yet been announced, analysts are predicting that the film’s first day collection could cross the Rs 2 crore-mark at the International Box Office.

Watch the trailer of Billa 2 here: