Bollywood Badshaah was honoured with the Entertainer of the Year award at the awards function celebrating Kollywood success. “In Chennai to share back the love that has always been given to me at Vijay Awards. Love you all and thanks,” said Shah Rukh Khan on Twitter.

The actor also posted on Twitter a picture of legendary Tamil cinema veterans posing for a selfie.

The legendary selfie saw all the big names of the industry including King Khan, Rahman, Vijay, Surya, Prabhu, Hassan and Vyjayanthimala come together in a single frame.

“Happy to be with such talented & humble artistes at Vijay,” SRK further tweeted.

The awards function was held at Chennai’s Nehru Stadium. Among the winners were Kamal Hassan who bagged trophies for both best actor and director for his controversial film Vishwaroopam. Hassan’s daughter and actress Shruti Hassan congratulated her father on Twitter and also posted a picture of herself with her father. 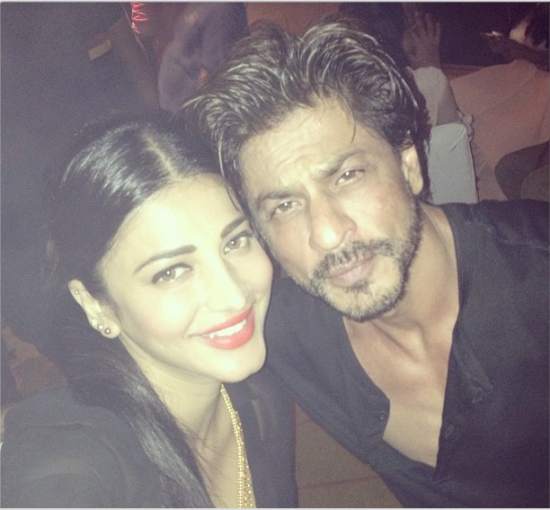 She also posted a picture of herself with SRK, calling it an “epic selfie”.

But the trend of selfies did not end there. Actress Hansika Motwani also tweeted a selfie taken with SRK. 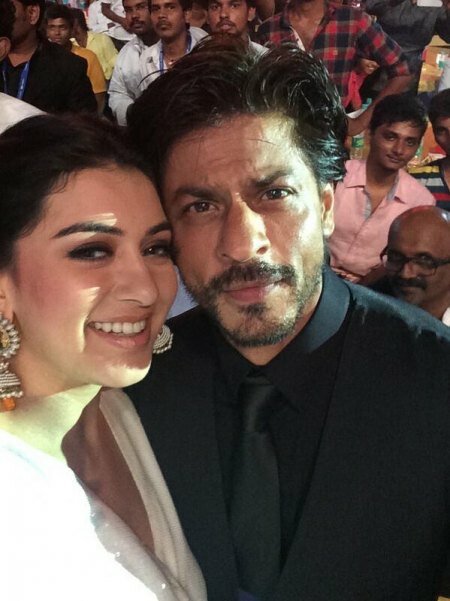 Meanwhile, superstar Vijay took home the award for favourite hero for his role in Thalaivaa. The Thalaivaa actor was part of another selfie featuring the cinema legends. 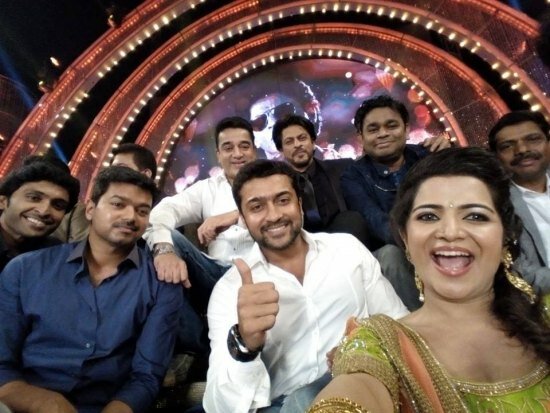 Actress Nayanthara was honoured with the best actress award for her lead role in the film Raja Rani opposite actor Arya.