The constraints under which Indian filmmakers have to operate can be crippling. Especially when it comes to political subjects, given the state’s indifference towards providing an environment conducive for free expression and the increasingly violent pitch of dissent and prejudice.

Recently the release of Kamal Hassan’s purely fictional spy thriller Viswaroopam was stalled in Tamil Nadu despite a Censor clearance under the pretext that it may incite communal unrest. 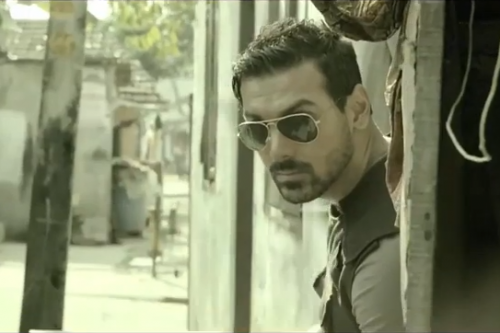 In the case of Shoojit Sircar’s Madras Café (also yet to release in Tamil Nadu), the subject is far more volatile, being a slice of recent history––the role India played in the Sri Lankan ethnic crisis of the ‘80s by sending in the IPKF, ultimately leading to Rajiv Gandhi’s assassination in May 1991. In Hollywood, such a project would be easily green-lighted and turned into an exciting thriller. They aren’t afraid to call any President, past or present, by name––enough jabs at George W. Bush and his cronies have been taken, Richard Nixon’s Watergate exposed, JFK’s killing analysed threadbare and America's role in global conflict from Vietnam to Iraq openly criticised.

Here, the narrative appears to stick to the broad facts of the events leading up to the assassination––India’s counter-productive role in the neighbouring state’s crisis is spelt out. But Gandhi is never named in the film; not even as a fictional character, like they rechristen the LTTE supremo Prabhakaran as Anna Bhaskaran of the LTF (Ajay Rathnam, a reasonable likeness).

This is problematic because at least some of us were old enough at the time of his brutal killing by a ‘human bomb’ at a rally in Sriperumbudur to remember the shock waves it sent through the country as pictures of his remains (and those white shoes on the slain body) were splashed in the press. Watching a film in which heads of states go by designations not names (even in television news), compromises the immediacy.

Indian thrillers are also handicapped by their desire to access the widest possible audience. A certain level of dumbing down and underling becomes inevitable, ultimately affecting the pace and hampering the viewer’s active participation in the unravelling. 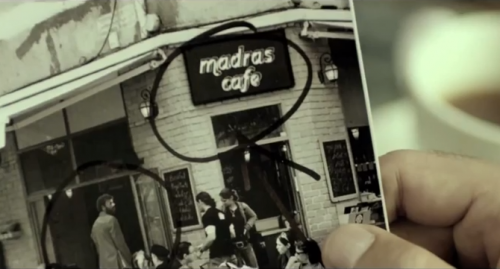 Besides, John Abraham's dishevelled appearance in fake unkempt beard and confession at church through a clunky monologue delivered in jarring Hinglish that kick-starts the flashback to the Lankan violence doesn't bode well. Add to that his acting limitations; though one has to admit he’s more confident here than in any of his previous work.

But when Vikram (Abraham) arrives in Jaffna it gets better. Sleek cinematography and editing of reconstructed footage coupled with horrifying photographs of the carnage drop us straight into the civil war and the political subterfuge that comes with it. He’s a R&AW agent on a mission to woo Bhaskaran's rival in a bid to orchestrate peaceful elections in the island nation. Inevitably, things start going wrong.

Kannada journalist-actor Prakash Belawadi delivers a star turn as Bala, the agency's drunk and dubious station chief perceptibly uneasy about Vikram's presence. Nargis Fakhri enters as the desi embodiment of the archetypal western war reporter who miraculously lands an interview with the LTF chief and has more information than the R&AW without actually appearing to do much.

Occasionally the screenplay pauses to deliver redundancies like Jaya (Fakhri) telling Vikram, “remember they know your next move even before you’ve implemented it” -- an aspect of the simplification. Yet given the political backdrop and liberal use of English dialogues, this film isn’t likely to be a draw at single-screens at all. That doesn’t stop Sircar from staging an elaborate sequence towards the end (featuring senior journalist Dibang) in Bangkok explaining the behind-the-scenes developments leading up to the assassination plot.

How does Madras Café enter the picture? It’s a coffee shop in Singapore and London where the plan is hatched between a leader of the LTF, a couple of foreigners (their identity remains a mystery) and another nameless Indian. Vikram is a one-man army chasing leads all over the place, reporting directly to the agency’s chief essayed by quizmaster Siddhartha Basu (serviceable).

The film’s quieter moments involving his interaction with his wife (newcomer Rashi Khanna, impressive), or Bala sitting by himself when he realises the world is closing in, are it’s most touching. And the third act is solid edge-of-the-seat stuff. Even though you know exactly what’s going to happen your nerves are strained as the hero frantically tries to piece together the puzzle in time to avert the tragedy.

Madras Café is a creditable effort despite its shortcomings. We don’t have a tradition of delving into our past with any seriousness. So that even if a film uses real-life incidents as backdrop to fashion a conventional thriller it deserves praise and support. More power then to Sircar and co-producer Abraham to keep this trail blazing.