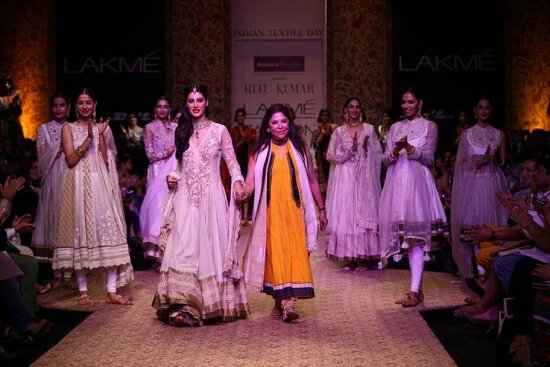 Nargis Fakhri donned designer Ritu Kumar’s traditional line inspired by the Himalayan terrain. The actor opened the designer’s show at Lakme Fashion Week 2013 in a white floor-length anarkali with a thick green and gold border hemline and heavy embroidery on the neck and sleeves. 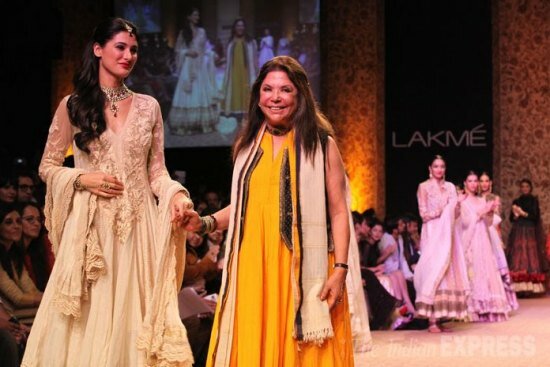 She matched the outfit with chunky jewellery, kohl-eyes and bright red lipstick. 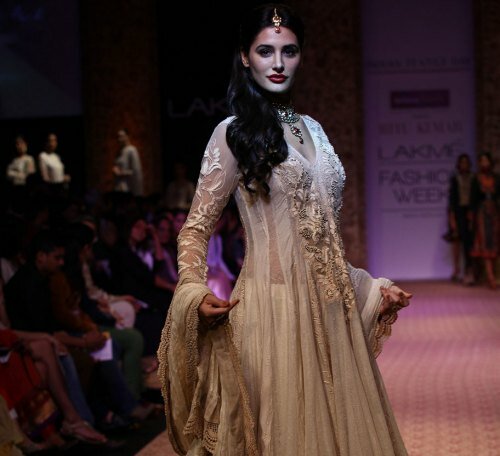 The actor has played the role of a no-nonsense, international journalist, in the film Madras Café which has been off the screens in the UK and South India because of protests against the film.

33-year-old Fakhri is an American fashion model who made her Bollywood debut in 2011 opposite Ranbir Kapoor in the hit film Rockstar. She will be seen in another film Phata Poster Nikla Hero, an action comedy featuring Shahid Kapur and Ileana D’Cruz later this year and has signed two more films scheduled for 2014.