Three destinies tied together by a name. That’s the premise of Bejoy Nambiar’s David. His first, Shaitan, had reminded me of Alejandro González Iñárritu’s Amores Perros for its lament on human civilisation and modern cities where everything has eroded––love, family, trust, but above all, humanity itself. 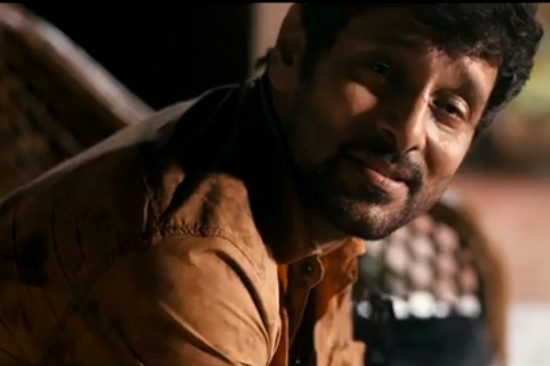 Innaritu’s films are about random lives clashing in unexpected ways, often leading to tragedy. Although their collision appears accidental, it is always dramatically orchestrated to shape chaos into profound meaning. If executed well, the technique works wonders. As in Stephen Daldry’s The Hours, compressing ‘a woman’s whole life in a day’ through three narratives separated by decades, but bound imperceptibly by Virginia Woolf’s Mrs Dalloway, which is about a day in the life of one woman. The film is so beautifully scripted and edited, the transitions between the three stories are seamless and their coming together in the end superbly realised.

In David the connections are tenuous as we witness a month in the lives of the three men, one living in London in 1975, another in Mumbai in 1999 and the third in Goa in 2010. It’s about the fragile relationship each shares with his father––one adoptive, the other at odds with his offspring and the third, dead––and how they fight their inner demons (read Goliaths!) to attain self-realisation.

The ’75 segment is the meatiest in terms of narrative conflict. An old-fashioned plot about family ties, doomed love, and dirty secrets tumbling out of the closet in extreme slow motion; all set-ups for a grand betrayal and reprisal of the angry young man’s alienation from the world he was born into and once embraced wholeheartedly.

Stylishly filmed in B&W––a shootout on the streets of London is particularly well-executed––overemphasis on visual design however compromises the characterisation and really, it needn’t have been this way. We loved Bachchan’s anti-hero because we felt for him, we identified with his angst. Here, much is left to imagination––David’s (Neil Nitin Mukesh) anger at being used as a puppet, his inability to fight for his love (Monica Dogra who can’t act but looks very pretty) and his desperation to uncover the past.

The script leaves us unmoved in the Mumbai segment too, though David’s father (Nasser, a natural show-stealer) rises above the proceedings to tug at the heart, particularly in one anguished scene that jumps out of the screenplay offering a glimpse of the film Nambiar might have made if he hadn’t got carried away with being cool.

Vinay Virmani who plays the youngest David, suffers from a Sunny Deol complex, but minus the action star’s ability to occasionally channel his character’s rage into moving cinema. The political dimension to this story falls flat even though given our constant exposure to an environment of crass opportunism and swarming religious sentiments, we know such conflict exists.

The third strand is the liveliest, but again drags its feet with repetitive scenes––particularly involving David’s (Vikram) deceased father (Saurabh Shukla) making unexpected appearances to counsel him. First time round, it’s genuinely funny, then, merely tedious. David, snubbed by his wife-to-be a few years ago, is a drunk Goan fisherman who unexpectedly falls in love with a deaf-mute girl (Isha Sharvani, looking lovely with those big, innocent eyes, and content playing dumb because the script demands it). There’s a magical flash of Mani Ratnam-type visual brilliance (Nambiar used to be his assistant) when the duo takes a boat ride together on a moonlit night.

But mostly it reminds you of Kamal Haasan’s over-the-top tragic hero of Saagar, laughing self-consciously and wallowing in endless self-pity as he tries to get over his obsession with a woman betrothed to his best friend. Still, scenes involving Vikram and his confidante, a local masseuse sportingly essayed by Tabu, are fun to watch; if nothing else, because they look gorgeous together and we keep wondering why David is chasing the wrong woman!

It’s hard to put a finger on what exactly kills Nambiar’s film––the crawling pace, weak characterisation or uneven acting. Or then the overreaching that young filmmakers are tempted into in search of greatness. Perhaps a bit of everything. But it's such a pity, for, after months one had walked into the cinema hall with great anticipation, only to be left exasperated and exhausted.