Parineeti Chopra is the latest Bollywood actor to make the most of British summer by hanging out, shopping and having high tea in London. The actor tweeted a series of pictures showing her having High Tea at upmarket Claridges, and shopping on Oxford Street Selfridges with her girl gang. 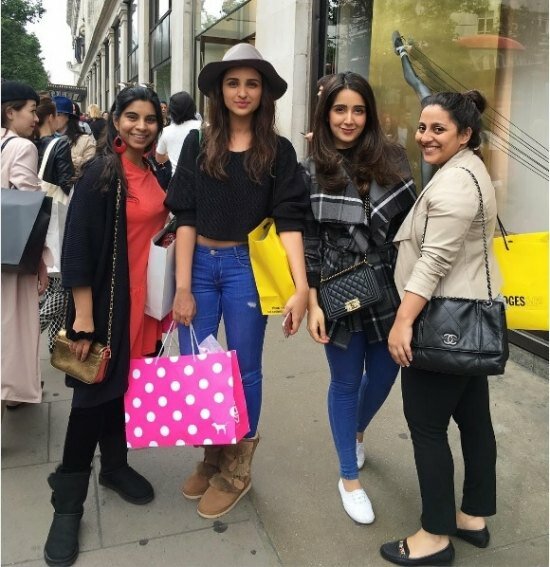 27-year-old Parineeti Chopra looked trendy in a chic hat, skinny jeans and cropped tops when hanging out with her girl pals in London. “London with these girls. The shopping bags say the rest!! HAPPINESSSSSS,” the Hasee toh Phasee actress tweeted with a picture of the gang and lots of shopping bags.

The actress also tweeted a picture of herself relaxing on a flight: “Re-energised and ready for the next schedule of Bindu! But for now - a 7-star snooze”.

Parineeti Chopra will next be seen in the upcoming Bollywood romantic drama, titled Meri Pyaari Bindu directed by Akshay Roy under Yash Raj Films banner. She plays the lead character in the film alongside Ayushmann Khurrana. The movie is slated for a 2017 release. 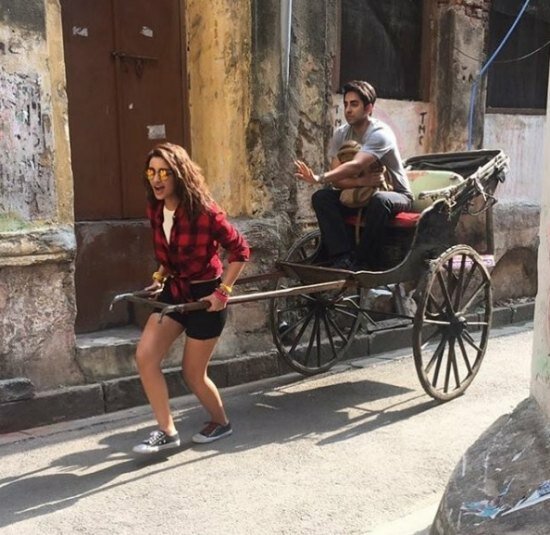 Other movie celebs including Trisha Krishnan, Karan Johar, Shah Rukh Khan, Kareena Kapoor Khan, Saif Ali Khan and the whole team of Ae Dil Hai Mushkil have been enjoying holidays and birthdays in London in the past couple of weeks.