The UK government is proposing to double the penalty for businesses employing illegal migrant labourers. Currently , employers have to pay £10,000 per illegal worker but that could increase to £20,000 when the new Immigration Bill comes into effect later this year. 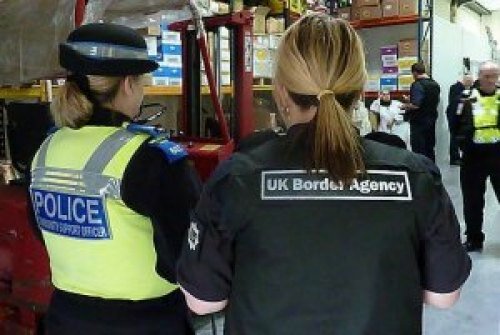 The maximum penalty of £20,000 is targeted at those employers who repeatedly break the rules. The government proposals also include simplifying how civil penalties are calculated, how unpaid penalties can be enforced in the civil courts and introducing measures to recover the penalty amount from directors and partners of limited liability businesses following failure to pay by the business.

The proposal also included measures to help genuine businesses carrying out relevant checks before employing workers. It includes reducing the number of documents that must be checked by the employer before employing a worker and replacing annual checks for non-EU workers with checks only when their current leave to remain expires.

The proposal to toughen civil penalties against “rogue businesses” employing illegal migrants is part of the government's plans to make it more difficult for illegal migrants to live and work in the UK, according to the UK Border Agency.

“We will not allow the growth of a shadow economy for illegal migrants, so we are proposing to get tougher on employers who exploit illegal labour.” He added.

The doubling of penalty is the third consultation launched by the UK government as part of the Immigration Bill. Earlier in July, it proposed that non-EU migrants applying for a visa of over six months must pay a fee to use NHS care.

Currently Asian migrants coming to the UK, to study or work for more than six month are entitled for free hospital care as soon as they arrive.

The second proposal was that private landlords will be required to check the immigration status of a new tenant or face a penalty of up to £3,000 per tenant if they are found to deliberately break the law. “These proposals will hit rogue landlords where it hurts – their pockets,” Harper said at that time.