Home » News » Immigration Bill introduced in the Parliament, will be implemented in summer 2014

Immigration Bill introduced in the Parliament, will be implemented in summer 2014

The UK Immigration Bill, that pledges to prevent illegal immigrants accessing and abusing public services or the job market, has been introduced in the House of Commons on Thursday, October 10.

It will receive the royal assent in spring 2014 and will be implemented from summer 2014 onwards. 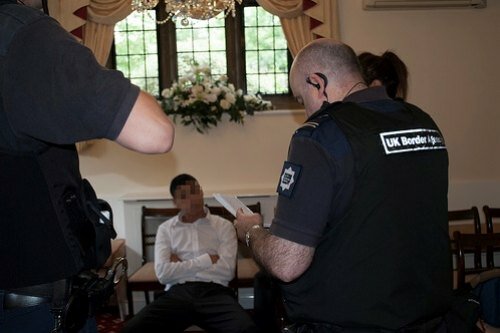 The bill will reform the removals and appeals system, making it easier and quicker to remove those who have no right to be here, according to the government.

It will also end the abuse of Article 8 of the European Convention on Human Rights - the right to respect for private and family life. It will make it difficult for illegal migrants to abuse the public services and the labour market.

“The Immigration Bill will stop migrants abusing public services to which they are not entitled, reduce the pull factors which draw illegal immigrants to the UK and make it easier to remove people who should not be here,” said Immigration Minister Mark Harper.

According to the Home Office, under the current laws, it is “too easy for people to live and work in the UK illegally and take advantage of the public services”.

The appeals system is also flawed making foreign criminals and immigration lawyers the winners and victims of their crimes and the public the losers, it said.

“It is too difficult to get rid of people with no right to be here. This is not fair to the British public and it is not fair to legitimate migrants who want to come and contribute to our society and economy,” the Home Office report said.

Under the new Immigration Bill, the authorities will have more power to identify illegal immigrants by collecting and checking fingerprints, searching passports, implementing embarkation controls, and by examining the credibility of migrants seeking to marry.

The Bill will also have other clauses such as requiring private landlords to check the immigration status of their tenants. This will help prevent those with no right to live in the UK from accessing private rented housing. The Bill will also prohibit banks from opening current accounts for illegal migrants and introduce new powers to check driving licence applicants’ immigration status before issuing a licence.

It will also ensure that temporary migrants make a contribution to the National Health Service.

Earlier this year, the government had proposed to charge non-EU migrants applying for a visa of over six months, a fee to use NHS care. The levy could also become part of the Immigration Bill. According to the Home Office, this would ensure that the non-EU migrants actually make a financial contribution, whilst not increasing red tape and administration for NHS staff.

It had also proposed to double the penalty for businesses employing illegal migrant labourers. Currently, employers have to pay £10,000 per illegal worker but that could increase to £20,000 when the new Immigration Bill is implemented.