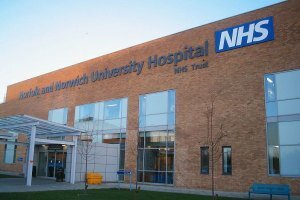 The UK government is proposing to charge non-EU migrants applying for a visa of over six months a fee to use NHS care. The levy could become part of the Immigration Bill that will come to effect later this year.

Currently short-term migrants coming to the UK, to study or work for more than six months, are likely to qualify for free hospital care as soon as they arrive.

The proposal to charge non-EU migrants a levy to use national health service is part of the consultation launched to assess how non-European Economic Area (EEA) migrants to the UK are accessing and contributing to the NHS.

The consultation seeks to explore the options that could ensure that the non-EU migrants contribute financially towards the cost of their healthcare.

The levy should be purchased at the time of applying for a visa. According to the Home Office, this would ensure that the non-EU migrants actually make a financial contribution, whilst not increasing red tape and administration for NHS staff.

The government has also proposed other options such as requiring migrants to make their own provision through private health insurance.

“The NHS is one of our greatest assets but its resources are currently used to treat people who have made little or no contribution towards it – or who are not entitled to free care at all. This is unfair to UK taxpayers and impossible to defend in the current economic conditions,” said immigration minister Nick Harper, in the Home Office announcement document.

The Immigration Bill, which cloud include the levy, will tighten UK’s border control and “clamp down on those from overseas who try to abuse our public services”, he said.

In addition to the Home Office consultation, the Department of Health has also launched an independent audit to investigate how migrants use the NHS - and the true cost and impact they have.

Proposal for landlord check to stop illegal immigrants from renting

Separately, another Home Office consultation is launched as part of the new Immigration Bill, it aims to prevent illegal migrants from renting privately.

Under the proposals, private landlords will be required to check the immigration status of a new tenant or face a penalty of up to £3,000 per tenant if they are found to deliberately break the law.

“We want to introduce penalties for landlords who let property to those with no right to be here. These proposals will hit rogue landlords where it hurts – their pockets,” Harper said.

A border agency raid in Southall revealed illegal immigrants living in 'beds in sheds'. These beds in sheds were found to be outhouses or sheds featuring health and safety issues and damp, squalid living conditions.

These consultations offer the public the opportunity to give their views on these important issues, the Home Office has said.

Another new proposal under the Immigration Bill was launched on July 9, 2013. Under this proposal, businesses employing illegal migrants will have to pay a penalty of £20,000 -- double from the current penalty of £10,000.