UK Border Agency officials raided nine restaurants including Nando’s and You Me Sushi at Shepherd’s Bush Westfield shopping centre and arrested as many as 21 workers for immigration offences. 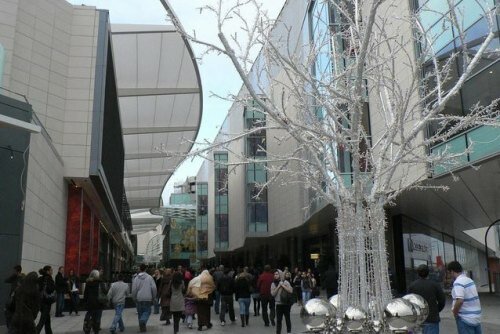 According to a report in Get West London, UKBA officials paid surprise visits to popular eateries at Westfield food hall on December 16 to check on the statuses of workers at the restaurants. Following a raid, the border control officials arrested 21 immigrants allegedly working illegally at restaurant chains such as Bamboo Basket and Nando’s.

The arrested immigrants were mostly South Asian nationals -- from Sri Lanka, Bangladesh, Pakistan, and Nepal. The officials also arrested Nigerian nationals for various immigration offences. The workers that face deportation were between 21 and 44 years of age.

While the Home Office will work towards removing the alleged illegal workers from the country, the restaurants also face a potential fine of £10,000 for each illegal employee if they fail to prove that correct right-to-work checks were performed before employing these workers.

At that time, Jill Smith, from the Home Office immigration enforcement team said: “Businesses in London that follow the rules have nothing to fear, but those who either deliberately employ people with no right to work or fail to carry out the legally required checks on their staff should expect to face heavy financial penalties.”

“Illegal working has a negative impact on communities. It defrauds the taxpayer, undercuts honest employers and cheats legitimate job seekers out of employment opportunities,” he added.

Currently, employers in the UK have to pay £10,000 as penalty for employing an illegal worker, if they fail prove that appropriate checks were carried out before offering employment.

But in July this year, the government proposed to double this penalty to £20,000.