Popular, award-winning Tamil and Telugu film star Trisha Krishnan’s father has passed away on Thursday October 18 in Hyderabad. He was 66.

Trisha’s father Krishnan suffered from a sudden cardiac arrest on Thursday and was admitted to Yashoda Hospital in Hyderabad, according to reports. He was working at a hotel in the city. 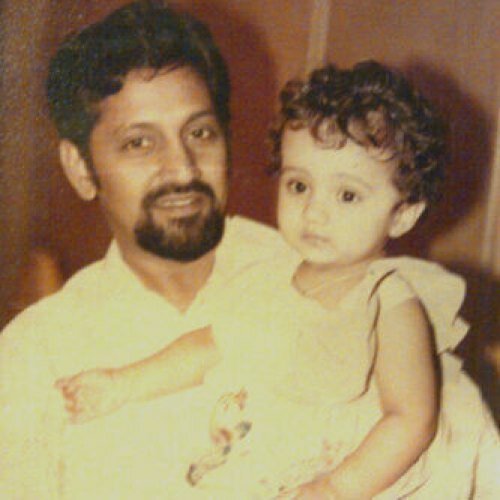 The actress thanked her well-wishers for all the condolence messages. "Feeling blank and empty but just wanted to take the time out to say thank you for being there for me and my family," the actress said on Twitter. She also posted a picture [above] of herself, when she was a toddler, with her father.

It is not clear if either Trisha or her mother Uma Krishnan was by his side when he suffered the attack. Trisha’s mother separated from her father ten years ago and the actress has been living with her mother and grandmother since. But Trisha often visited her father.

Trisha, who has wrapped up work for the upcoming Tamil film Samar starring herself, Vishal Krishnan and Manoj Bajpai among others [pictured] last week, is likely to be with her family during this emotionally hard time for her.

Although Trisha’s father Krishnan was not actively involved in the actress’s day-to-day filming schedule like her mother, Trisha is still thought to be very close to him.

The Vinnaithandi Varuvaaya actress’s film Samar releases on December 15 and the actress is filming for two 2013 releases – Endrendrum Punnagai and Boologam. It is not clear if Trisha will participate in Samar’s pre-release campaign amid this family crisis. 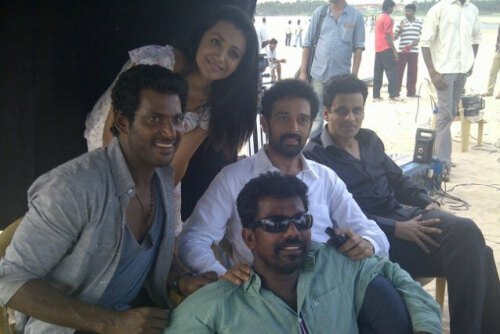 The unexpected death of Krishnan has shocked the actress. The last rites were performed on Friday, October 19 and Trisha and her mother were there in Hyderabad.