Tamil Cinema superstar Trisha Krishnan celebrated her 31st birthday on Sunday, May 4 with her mother, pets and celeb friends including actresses Nayanthara and Amala Paul. Trisha looked ravishing in a sequined little black dress for her birthday party which had a gothic theme. 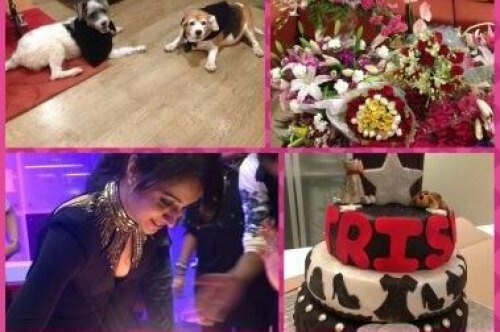 Trisha Krishnan looked ravishing in a black outfit for her birthday on Sunday, May 4

Trisha thanked her Twitter fans who wished the actress on the social media site and gave them a treat by posting a collage picture of her birthday celebrations.

The gothic-themed birthday party had all the guests and host dressed in black outfits. The Vinnaithaandi Varuvaya actress turned the heat on with a short black dress with a jewel-encrusted collar-line. She looked glamorous with her high hair-do and subtle but shimmering make-up. She even dressed her little pets in black outfits. Trisha’s mom, her close celeb friends Nayanthara and Amala Paul were also dressed for the gothic-theme. 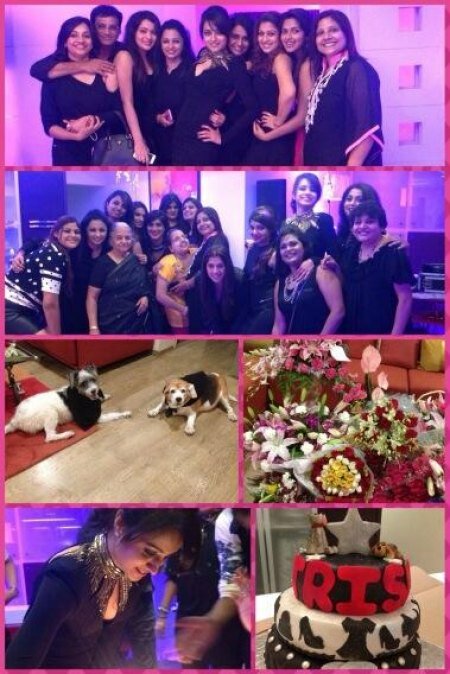 The picture shared by Trisha on Twitter showed a layered rich chocolate cake and hoards of bouquets.

Trisha was last seen in Tamil superhit film Endrendrum Punnagai alongside actor Jiiva and is busy filming two Tamil upcoming projects including Boologam and Kannaale Kannan. She will also be seen in the much-anticipated Telugu film Rambha Urvasi Menaka.

Here’s wishing a very Happy Birthday and a great year ahead for the “people’s actress” Trisha Krishnan who will be seen in four films releasing in 2014.

Here’s the video clip of Trisha celebrating her 31st birthday on Sunday, May 4, 2014: