Ambitious Indian students seeking higher education pick UK universities over the US, Australian and fiercely emerging Indian ones, a study by the British Council has found. 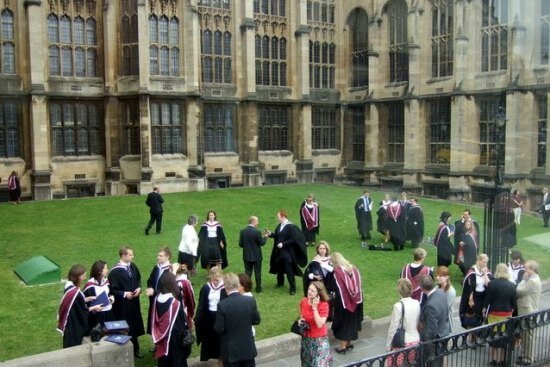 The three-month study of over 10,000 young people across India -- Inside India - A new status quo -- found that 21% of students chose UK as their top academic destination while 19% picked the US and 14% picked India.

Indian students aspiring for a foreign education put British universities first for postgraduate courses over other destinations. Britain was a hot favourite especially among students who desired to pursue business and administrative studies.

But for research doctorates and undergraduate degrees, both the UK and the US topped as quality destinations.

India is second international student market for the UK after China. The findings follow the launch of the Government’s “Education is GREAT Britain” campaign for marketing UK education globally as part of its industrial strategy.

According to the British Council, the research identified a changing pattern of decision making among young Indians who are most concerned about the quality of the higher education but have also become cost sensitive and are keen to find financial support through scholarships and bursaries.

A majority (61%) of students said quality of education was the most important factor for choosing a university. Cost was the second consideration, cited by 42% and 43% while almost a quarter, 23%, said the option to work in the foreign country after graduation and whilst studying was important.

“Yes, the UK is the number one choice for young Indians who want to study overseas, but there are new dynamics coming into play. UK universities may want to consider how they are demonstrating their quality, their value for money and related incentives. They could also seek to highlight industry links, including internships, that relate to employability,” said Richard Everitt, director of Education & Society for British Council in India.

Indian students responding to the study cited high cost as a significant barrier to study abroad, particularly following the depreciation of the Indian currency.

Based on figures from HSBC in August, the report estimates the cost to Indians of studying in the UK has gone up by £5,600 due to the fall in the value of the rupee, according to the British Council.

Currently, the US leads the UK in attracting Indian students for higher studies, but the authors of the study warned that continued high numbers cannot be taken for granted.

Recent shifts in the market have led to a fall in the number of Indian students coming to both the US and the UK. Meanwhile, Australia has increased recruitment as it recovers from a slump in numbers and Germany is becoming more attractive to some Indian students who are learning German alongside English and taking advantage of courses taught in English.

The study also identified India’s own fiercely competitive education sector. “The focus of the Indian government on improving the volume and quality of higher education has positioned India’s own institutions as fierce competitors for domestic students on an unprecedented scale,” Elizabeth Shepherd, the Council’s Education Intelligence Research Manager warned.