India’s Attero Recycling, an electronic and electrical goods e-Waste management services company; and Goonj, an NGO aiming to reduce textiles waste; as well as the UK’s renewable energy company SeAB have made it to NASA’s forum on waste management. Read more

Vodafone has seen a slowdown in its organic growth in its first quarter (April-June) because of poor trading conditions in Italy and Spain as well as slow growth in the UK and in India. Read more

British ministers are gearing up to capitalise on London 2012 Olympics Games as the greatest business networking opportunity. The government is hoping to use the Games to win multi-billion pounds worth of international contracts to revive the ailing economy. Read more

India's 'frugal' innovation has lessons for the UK: Nesta

The UK should learn from India’s model of innovation – producing lower-cost alternative to products and services which can be delivered at scale, according to a report from Nesta, the UK charity promoting business innovation. Read more 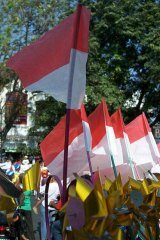 India, the world’s most optimistic market for nine consecutive quarters, has been replaced by Indonesia which reported the highest consumer confidence index in Q2 of 2012, according to research firm Nielsen. Read more

The International Monetary Fund (IMF) has downgraded UK’s growth forecast for 2012. While the organisation has slashed the outlook for global growth, Britain’s economic prospects were termed the weakest among the advanced economies. Read more

Payment processing companies including Mastercard and Visa have agreed to pay over $7bn (£4.49bn) to settle the long-running lawsuit with US retailers over credit and debit card fees. Read more

Eight Indian firms in Fortune 500 list, but only Reliance, IOC in top 100

Reliance Industries Limited and Indian Oil Corporation are the only two Indian companies to feature in the top 100 list of global firms in the Fortune 500 list. Read more