One of Indian cricket team’s most successful and celebrated captain Mahendra Singh Dhoni has resigned. Virat Kohli is considered as the possible candidate to take over Dhoni’s captaincy. 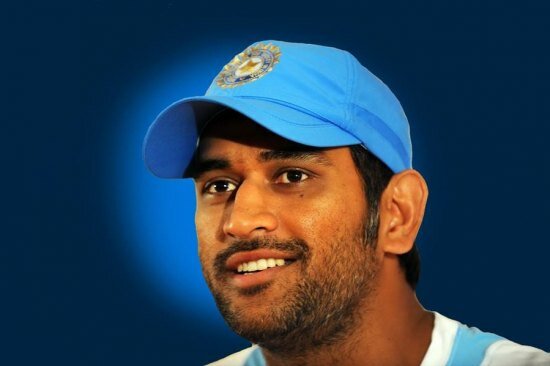 MS Dhoni has stepped down as the captain of the Indian Cricket Team from the One Day Internationals and the T20 Internationals formats of the game, the BCCI confirmed. Dhoni’s resignation comes just 10 days before India’s ODI series against England, starting 15 January 2017.

Wicketkeeper Dhoni took over as Indian cricket team’s limited overs captain back in September 2007 and has seen the hi-callibre Indian team win several titles including the prestigious 2007 World Twenty20, 2011 World Cup and the 2013 ICC Champions Trophy.

A prolific and effective player, Dhoni has been the captain of the Indian cricket team in 200 ODIs and 72 Twenty20 internationals. In the 200 ODIs he has led, India has won 110 and lost only 74 matches while India has won 41 out of 72 T20 under his captaincy.

Tributes from fans and cricket peers are pouring in for his captaincy as his resignation marks the end of an era for Indian cricket.

Even one of the greatest captains of all time decides enough is enough ... Well done @msdhoni on an incredible leadership term .. #Dhoni

I think @msdhoni will go down as one of India's most successful captains. He is a great man and still has a lot to offer Indian cricket.

Rahul Johri, Chief Executive Officer of the BCCI said, "On the behalf of every Indian cricket fan and the BCCI, I would like to thank MS Dhoni for his outstanding contribution as the captain of the Indian team across all formats. Under his leadership, Indian team has touched new heights and his achievements will remain etched forever in the annals of Indian cricket."

35-year-old Dhoni said he is available for the selection for select few One Day Trophy and T20I Trophy against England.