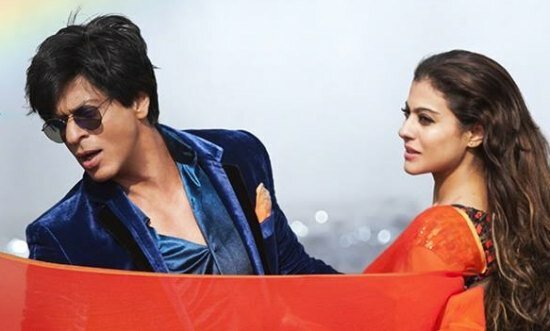 The launch event of Dilwale's Gerua song was held at Mumbai's Maratha Mandir as a fitting tribute to the cinema hall that has been playing DDLJ for 20 years now.

"Gerua means Ochre or Orange to keep it simple…even a bit saffrony. So colour me in the colour of love," said Shah Rukh Khan on Twitter.

Released on YouTube by Sony Music India, Gerua's music is composed by Pritam, lyrics are drafted by Amitabh Bhattacharya and is sung by Arijit Singh & Antara Mitra,

The song picturizes Shah Rukh Khan and Kajol across international locales in Europe and has an artistic feel to it, slightly reminiscent of Suraj hua Maddham, Chaand Jalne laga from Kabhi Kushi Kabhi Gham film where Kajol and SRK were last seen as couple onscreen.

The song, not heavy on dance and choreography, focuses more on over-the-top dramatic costumes, quirky props and mesmerizing natural landscapes. 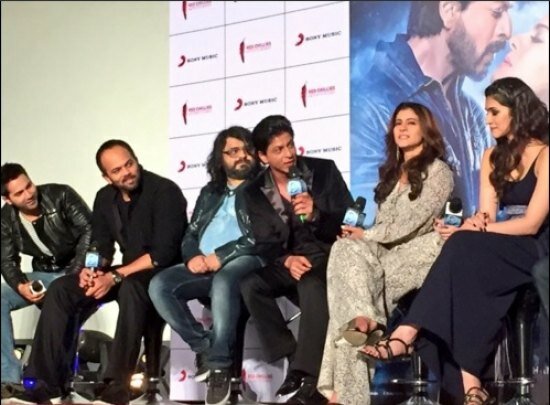 Team Dilwale answering questions at the launch of Gerua song