Home » Business » INR falls to an all-time low against USD

INR falls to an all-time low against USD 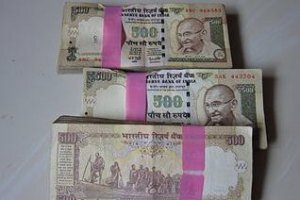 Indian rupee plummeted to a record low against the US dollar hitting 59.93, reacting to the announcement by the US Federal Reserve that it will scale back its monetary stimulus. Worldwide stock markets ended low on Thursday and Friday following the Federal Reserve’s pull-back strategy.

The rupee has already been under pressure because of a slowdown in India’s economic growth, global deficit, high inflation and uncertain economic conditions.

It has fallen more than 15% against the US dollar since October last year.

On Friday, gold futures hit their lowest level in more than a fortnight. It traded at Rs. 26,827 per 10 grams.

In global markets too, gold fell to a three-year low after Federal Reserve’s announcement. Spot gold was down nearly 9% showing a drop for the fifth consecutive session.

The depreciating rupee had an adverse effect on India’s current-account deficit. The deficit hit an all-time high of 6.7% for the October-December quarter, spiking the country's import bill.