Home » Picture story » Zaalima track from Raees: SRK in his quintessential romantic form as Mahira Khan enchants
SRK is back doing what he does like no one else in Zaalima song

Shah Rukh Khan is the baadshah of Bollywood romance and he is proving it yet again with his mesmerizing look in the romantic Zaalima track from Raees alongside newcomer Mahira Khan. 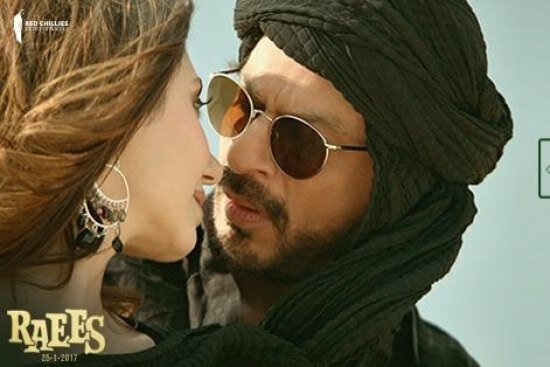 The nearly 3-minute Zaalima song is filmed in a desert backdrop with SRK and Mahira Khan both dressed in Arab-inspired black outfits. SRK is also seen donning sunglasses and Kohl-eyes – his trademark look in Raees. In the second part of the song, the backdrop is a romantic beach setting at dusk time. There are more sequences in the song including a home setting, a starry-night bon-fire one and a racy, wet look.

“When love strikes, no heart is spared... not even of Raees,” Red Chillies Entertainment’s caption for the romantic song goes.  The song touched nearly 500k within hours of release showing the pent-up appetite for Raees.

Raees, SRK’s big ticket release of 2017 is scheduled to open in theaters on January 25th for Republic Day. The film clashes with Hrithik Roshan and Yami Gautam’s Kaabil. Raees is directed by Rahul Dholakia and is produced by Red Chillies Entertainment and Excel Entertainment.