Desi queen Priyanka Chopra is conquering the world bit by bit. The Quantico star walked the prestigious Emmys Awards 2016 red carpet in a red chiffon gown and is hailed as one of the best dressed celebrities at Emmys this year. Priyanka also sizzled onstage briefly when she made an entry with Tom Hiddleston to present an award. 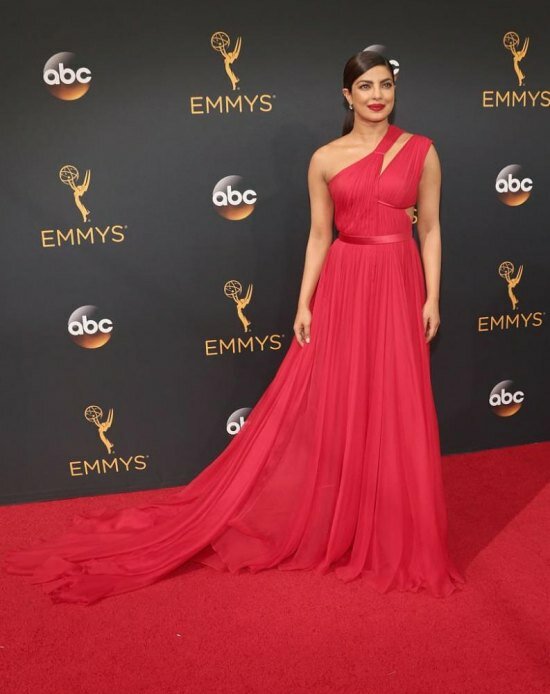 Priyanka Chopra sizzled in a red, one-shoulder Jason Wu gown and instantly hailed as one of the best dressed at Emmys 2016

Singer-actor and former Miss World Priyanka Chopra is already a household name in America and her latest red carpet appearance at Emmys 2016 has instantly made her a paparazzi sweetheart. For the event at Microsoft Theater in Los Angeles, Priyanka Chopra wore a scarlet red chiffon gown designed by Jason Wu. 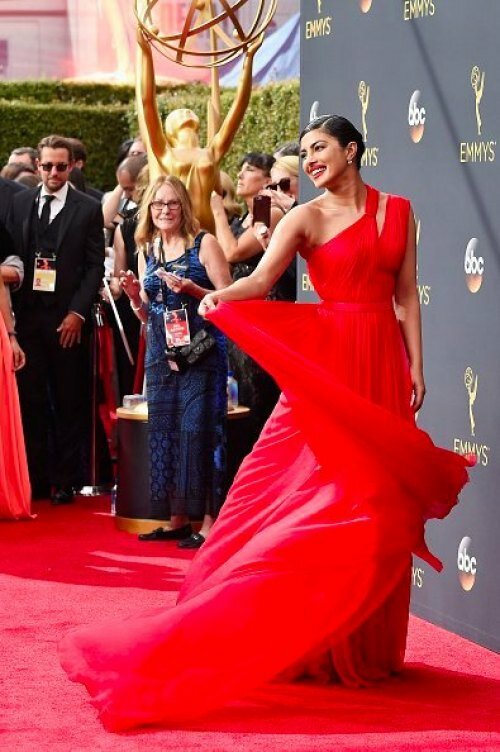 The 34-year-old actress teamed the one-shoulder, floor-length gown with deep red lipstick and a slick hairdo. Her friendly smile and cool attitude made her an instant hit with the foreign media at the red carpet who went wild taking pictures of the Quantico star. 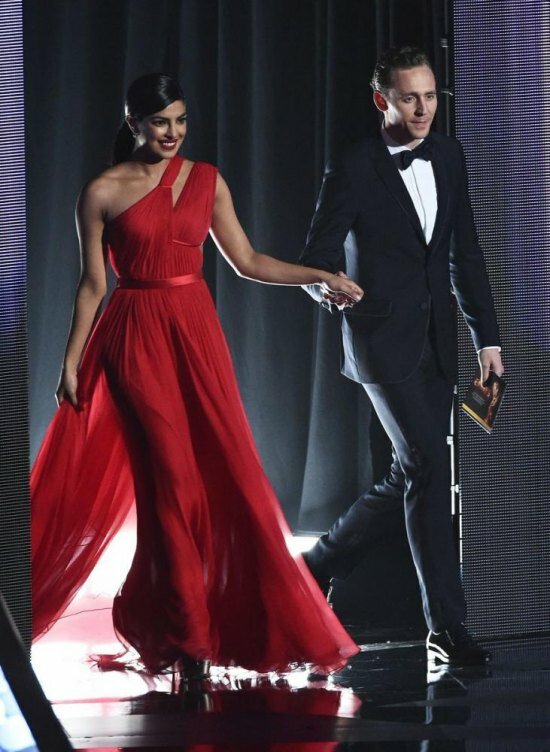 Priyanka was also hailed as one of the best dressed at Emmys by fashion critics and international media houses. 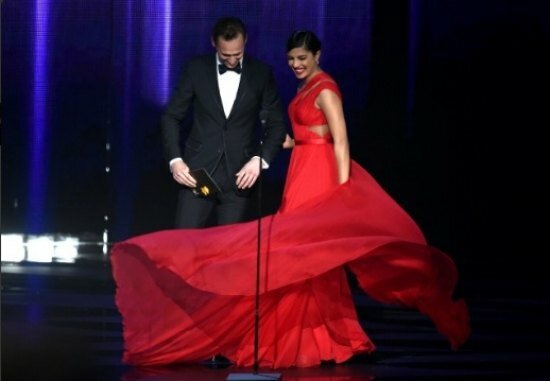 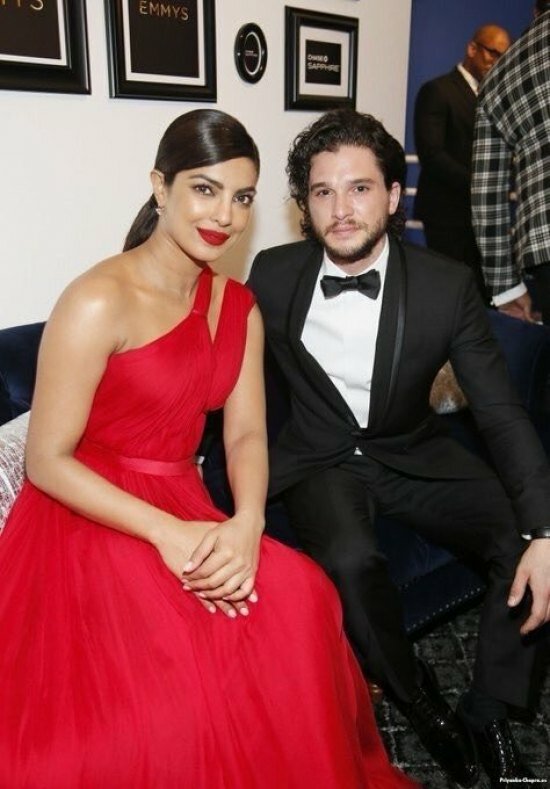 Her brief presence on stage with Hiddleston to present an award sparked instant rumours about the chemistry Priyanka shared with the British actor. Twitter and media reports claim that Tom Hiddleston and Priyanka Chopra had a cosy chat and held hands backstage. Hiddleston was in a relationship with music sensation Taylor Swift until July 2016. Only time will tell if something is brewing between him and India’s national treasure Priyanka Chopra.