On July 1st, 2016, South Indian cinema stars gathered at the Singapore venue for the fifth SIIMA 2016 event to celebrate and honour Tamil and Malayalam cinema. It was just a day after Telugu and Kannada cinema was honoured on Day 1. 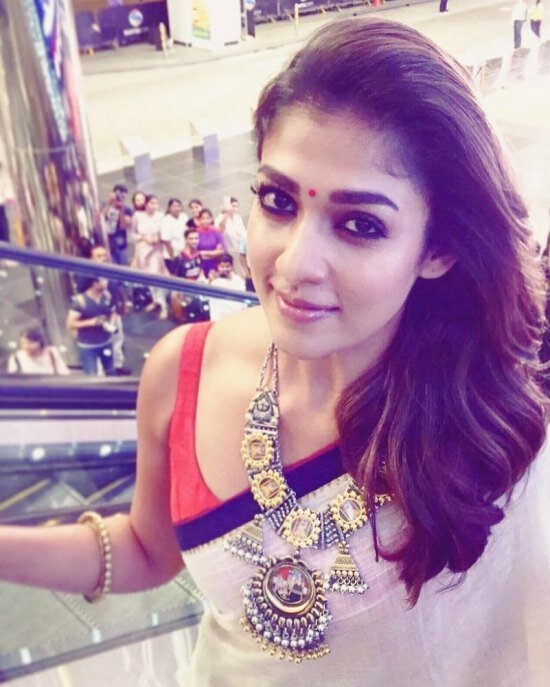 Actress Nayanthara looked every inch an Indian beauty in a simple yet elegant saree and chunky jewellery, her smoky-eyes make-up and a red bindi. 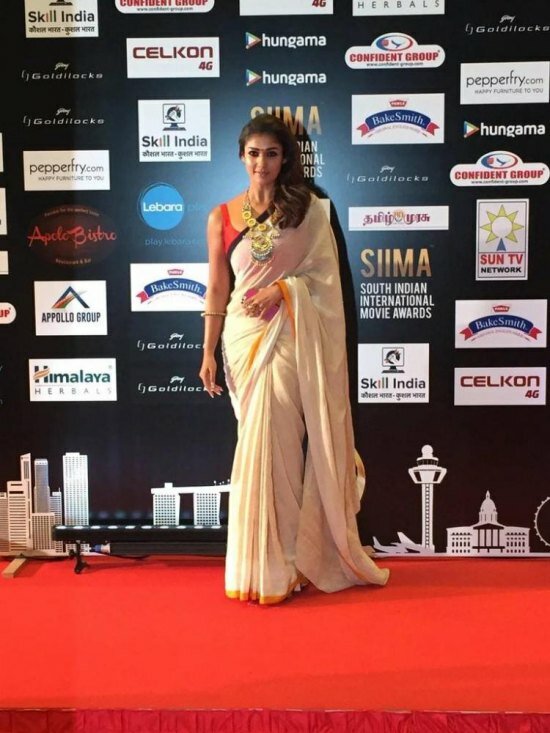 The IruMugam star was seen sharing space with her Naanum Rowdy Thaan director as well as actress Radhika. 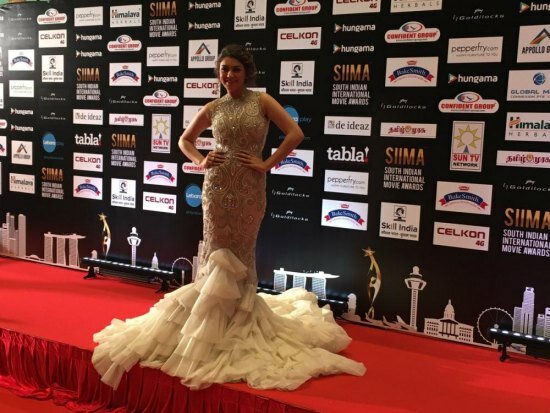 Actress Hansika looked beautiful and glamourous in a fish-tail gown. 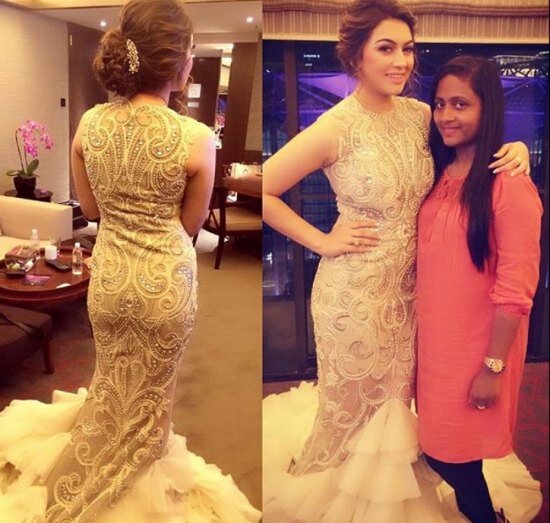 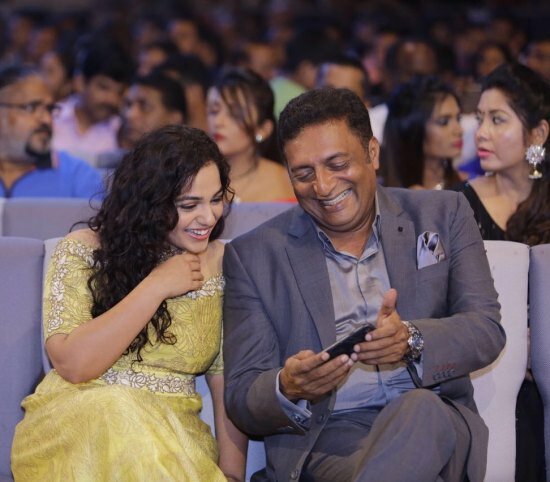 The actress was seen sharing a laugh with her OK Kanmani co-star and veteran actor Prakash Raj at SIIMA 2016 ceremony. 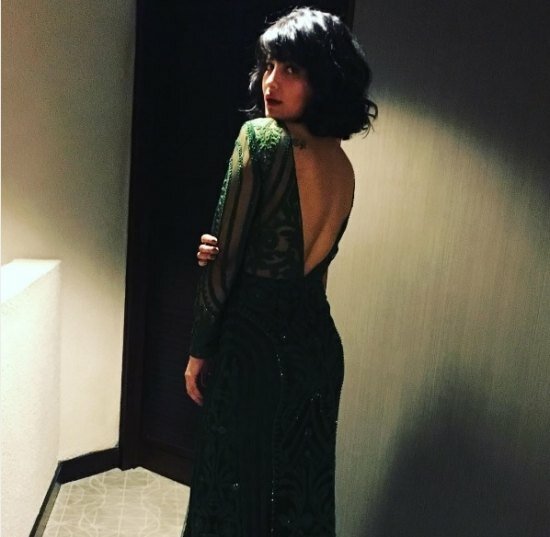 The fifth SIIMA 2016 – is the first one to be held in Singapore’s Suntec Convention and Exhibition Center on June 30th and July 1st. It follows the first four SIIMA awards held in Dubai, Sharjah, Malaysia and Dubai again in 2015. 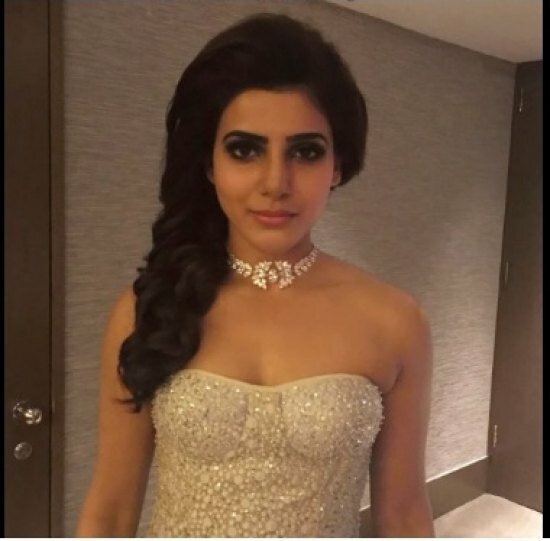 Actress Samantha Ruth Prabhu who is basking in the glory of her films Theri and 24 looked glamourous in a corset-style glittery gown.

The actress shared a selfie with her fans at SIIMA 2016 red carpet.

Telugu superstar Chiranjeevi was honoured at SIIMA 2016 and received a standing ovation. 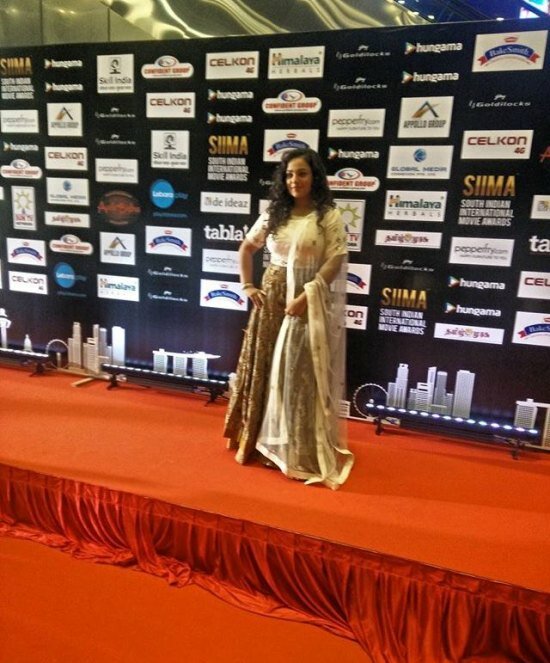 Nithya Menen attended the SIIMA red carpet on Day 1 with her IruMugan team including Vikram, Nayanthara and Radhika.

Nayanthara looked her fashionable self as she arrived in Singapore in a dark blue mini dress and smoky-eyes makeup for SIIMA function. 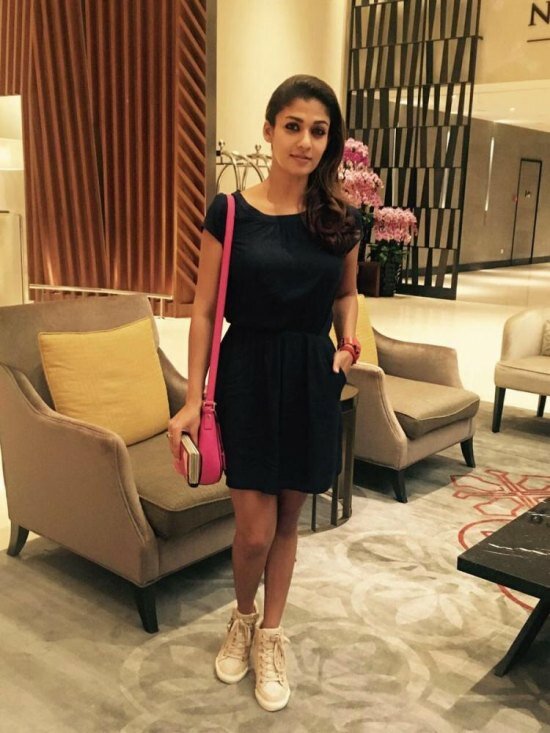