Hinduja brothers -- Srichand and Gopichand Hinduja – have topped the Sunday Times Rich List for 2014. The Indian-origin business tycoons are jointly worth £11.9bn and are ahead of Arsenal FC shareholder Alisher Usmanov, Tesco boss, property magnates and celebrity billionaires. 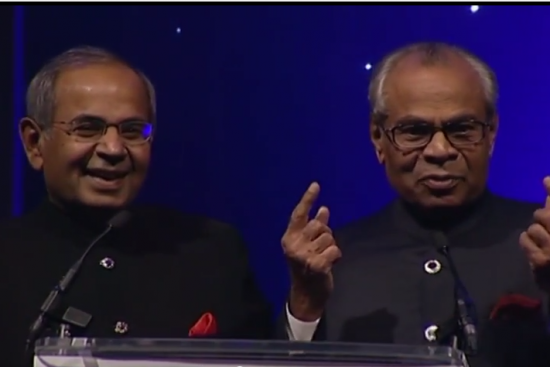 Hinduja brothers overtook 2013’s richest person in the UK -- Arsenal FC shareholder Alisher Usmanov – to top the list this year. Last year, the brothers were third richest in the Sunday Times list with a wealth of £10.6bn.

Other Indian-origin entrepreneurs and industrialists featuring in the 2014 UK rich list include Lakshmi Mittal and Lord Swraj Paul.

The Sunday Times Rich List is a compilation of UK’s 1000 richest individuals, couples or families. The 2014 list revealed that the total wealth of Britain’s richest has touched £520bn – 15% higher from 2013.

At £520bn, their combined wealth represents one third of UK’s GDP (£1.48tr in 2014), suggesting that despite the economic downturn, the rich continued to get richer.