Are you thinking of travelling to the UK? A short YouTube video (see below) by British government on UK visa processing shows that obtaining visa is not a difficult process and aims to attract more Indian tourists to the country. 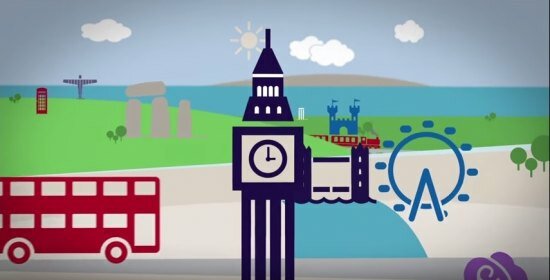 The new 1:20-minute video by UK Visas and Immigration (UKVI) aims to reassure first-time visitors to the UK that the visa process is straightforward. It explains each step of the process – starting from filling out the UK visa form online and giving fingerprints at the VFS Visa Application Centre (across major Indian cities) to obtaining the visa. The UK has 15 Visa Application Centres in India - more centres than in any other country.

According to the office of British High Commissioner, between June 2014 and June 2015, over 355,000 visit visas were issued to Indian nationals and 91% of all Indian nationals who applied for a UK visa were successful in their applications.

According to UKVI, the number of Indian visitors coming to the UK is at a high: the latest visa statistics show a 15% increase of visit visas issued year on year.

British High Commissioner to India Sir James Bevan KCMG said, “Our visa system is designed to make it as straightforward as possible for customers to apply for their visas. Indian visitors will receive a warm welcome in the UK and we want to see the numbers continue to grow."

The video is part of UK government's initiatives to improve the visa service it provides to potential tourists, especially from Indian, easier, quicker, friendly and hassle-free.

Bevan added, "Not only do Indian visitors benefit the UK economy (last year they spent £444m in the UK) they take back to India good memories of the UK, which benefits the wider relationship between our two countries.”

Among other initiatives the British government undertook recently to facilitate Indian tourists to visit the UK are the "Passport Passback" scheme which allows visa applicants to keep hold of their passports while their visa application is being processed. It also simplified the transit visa rules, so that travellers can transit the UK airside without a visa provided they hold a valid US, Canada, Australia or New Zealand visa, regardless of where they are travelling to.

Here is the YouTube video by British High Commission in New Delhi about how Indians can apply for a UK visa in five simple steps: