Home » News » AIB Tanmay Bhat's video 'Sachin vs Lata Civil War' on Tendulkar and Lata Mangeshkar attracts protests, FIR
The video of mock conversation between the legends on whether Sachin is better than Virat Kohli faces a ban 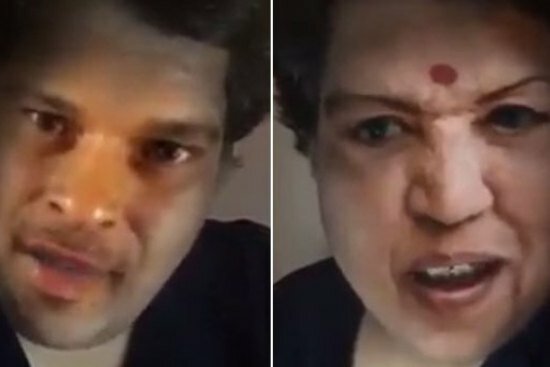 Bhat's video - billed as distasteful by many - now faces a ban as Maharashtra’s ruling party BJP and Raj Thackeray’s Maharashtra Navnirman Sena file police complaints against the viral video and the comedian.

The video was posted on May 26th on Facebook and Snapchat and subsequently shared on YouTube by other users.

The video of a fictional chat between legends Lata Mangeshkar and Sachin Tendulkar revolves around who is a better player – Sachin Tendulkar or Virat Kohli. It has comedian Tanmay Bhat morphing his face into the two legends with Snapchat’s face swap feature. Bhat posted the video with a disclaimer: "I make such nonsense on my Snapchat." He goes on to add that "I also obviously love Lata and Sachin, just having some fun."

Many high profile celebs have expressed their distaste over the AIB video. Veteran actor Anupam Kher said about the video: “I am 9 times winner of ‘Best Comic Actor’. Have a great sense of humor. But This's NOT humor.”

Meanwhile indian filmmaker and activist, Ashoke Pandit said: “The video by [Tanmay Bhat] is a classic example of “cultural terrorism” in the name of humour & FOE [Freedom of Expression].

Sachin Tendulkar who is an active member of Twitter, has so far not commented on the video or the FIR against it as has neither Lata Mangeshkar.