Formula One fans in Mumbai are in for a treat as British F1 race driver Lewis Hamilton will drive through the Marine Drive -- Queen’s Necklace -- on Sunday, September 16 just ahead of the Singapore Grand Prix event. 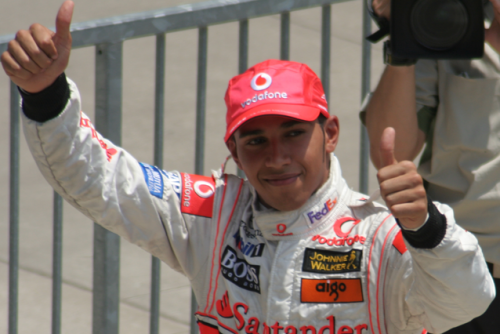 Hamilton, the 2008 F1 champion, will drive his McLaren Mercedes MP4-27 F1 car on the Mumbai road which will feature the full glory of an F1 race event complete with grand stands, pit stops and cheering audience, it is reported.

Vodafone India will also give some of its loyal customers an opportunity to ride with the 27-year-old F1 driver and visit the pit garages.

This will be Hamilton’s second drive on Indian roads. Last September, he raced his car on the Bangalore-Mysore infrastructure corridor road and wowed the crowd.

Back home in the UK, Hamilton is facing criticism for posting his and team mate Jenson Button’s whole telemetry data on Twitter to his million followers. Button and McLaren Mercedes team members have expressed their anger because telemetry is private information which can be used by racers to strategise their action.

Hamilton’s last win was the Formula One Hungarian Grand Prix title in July 2012.

The British F1 driver is looking forward to the Singapore Grand Prix race, his next after the unfortunate Belgian Grand Prix on September 2. Hamilton was forced to quit from the Belgian race after his car got smashed in an accident involving himself and F1 drivers Romain Grosjean, Fernando Alonso and Sergio Pérez.