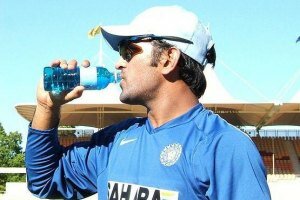 Virat Kohli’s century may have propelled India to score its victory in the first ODI against Sri Lanka but the Indian cricket squad received a setback after it was fined for maintaining a slow over-rate during the match against the hosts.

The Indian side was ruled to be an over short of its target when time allowances were taken into consideration.

The ICC (International Cricket Council) confirmed that Indian captain Mahendra Singh Dhoni and his team members have been fined. Chris Broad of the Emirates Elite Panel of ICC Match Referees imposed a 20% fine on Dhoni while each of his player received 10% fines, according to ICC.

The penalty were imposed following a full disciplinary hearing. The offence is contrary to Article 2.5.1 of the code which relates to minor over-rate offences.

India played its first One Day International against Sri Lanka on Saturday, July 21, 2012 held in Hambantota.