At least 17 people have died in flood related incidents in Madhya Pradesh this monsoon so far and hundreds of residents suffer power cuts, land and livestock loss and illnesses. Amid this grim situation, chief minister Shivraj Singh Chauhan’s photo of inspection where he is carried by police officers has gone viral on social media sparking anger, mockery and memes. 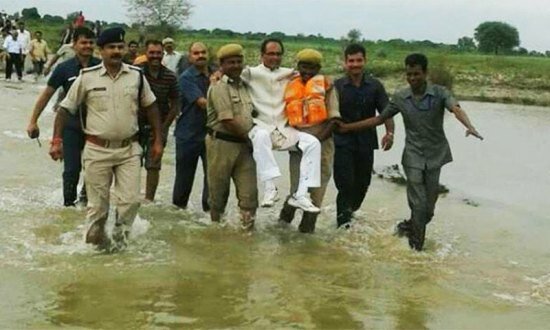 Madhya Pradesh CM Shivraj Singh Chauhan – from the ruling party BJP - visited the flood affected areas in his state over the weekend to review the flood rescue efforts. A picture of the CM – dressed in formal beige Galaband and white shoes - being carried by 3-4 police officers across ankle-deep water was shared several times on Twitter with many expressing anger, disdain and mockery.

Many Twitter followers recreated pictures of the CM’s iconic pose with satirical comments. The term #shivrajsinghchauhan was trending on Twitter over the weekend with one Twitter handle created and dedicated to the photo. 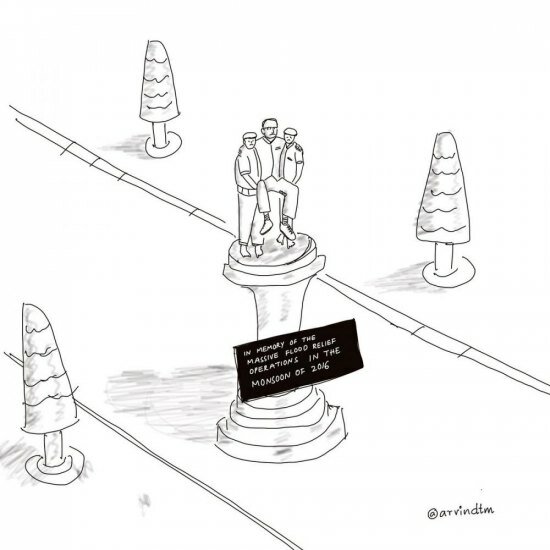 One Twitter user, an engineer and a doodler recreated the pic and said: “Erected in commemoration of the massive flood relief operations in the monsoon of 2016.” 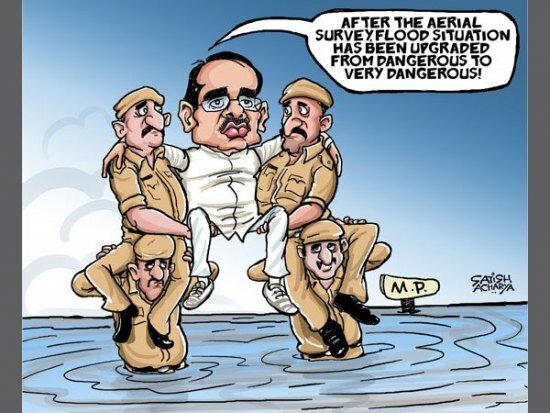 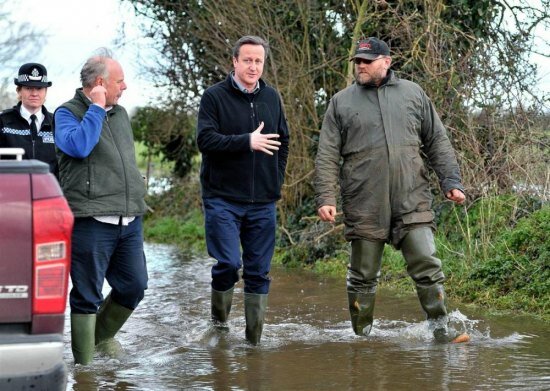 Another Twitter user shared a picture of UK’s ex-PM David Cameron assessing flood rescue efforts in Britain adding: Shivraj Singh Chauhan ji, I know you are 8 years older than David Cameron, but you can do better than this inspection.”

While some took to social media to mock the picture, others were more angry. INC spokesperson Sanjay Jha said: “Shivraj Singh Chouhan Ji, you need to get your hands dirty and your feet wet, Sir! And avoid the Business Class seat.”

This monsoon, many parts of India including Madhya Pradesh and Bihar have been flooded after a number of rivers raised above the danger level with tens of thousands of people evacuated from dangerous zones.