How this photo of Narendra Modi's Chennai floods visit caused controversy and mockery!

Indian PM Narendra Modi visited the rain and flood-affected Chennai to measure up the damage and assess how the central government can help. He immediately pledged additional 1000 crore rupees for relief efforts but it was the photoshopped picture of him released by Press Information Bureau (PIB) that garnered all the attention sparking mockery on Twitter. 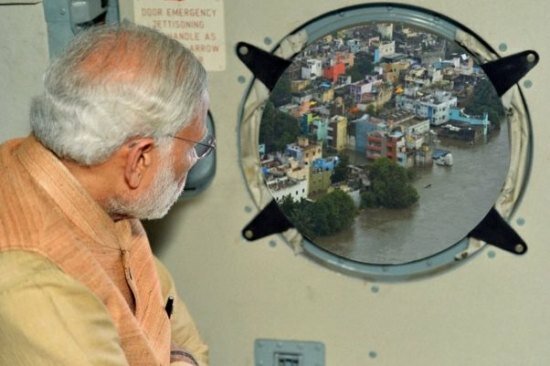 The widespread Chennai floods is no light matter – hundreds are dead, thousands stranded and millions left without basic amenities. When PM Modi went to scrutinize the damage on a private jet, the government-run PIB released a photoshopped picture of Modi looking through the plane window and clearly seeing water-logging, buildings and trees. The doctored photo was published on PIB's Twitter account and was immediately mocked at with many asking questions about its credibility. 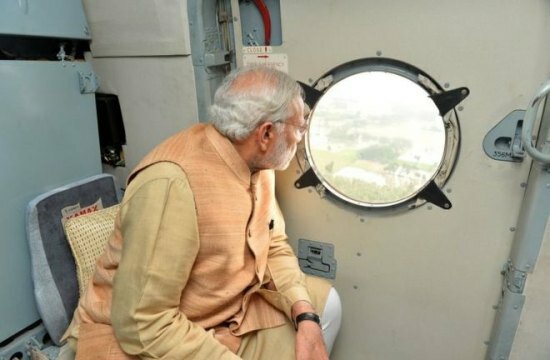 The original picture was more realistic with a fogged, blurry view outside the window of Modi's private jet scrutinizing Chennal flood damage.

"Amazing. It's not as if the PM didn't go visit Chennai so why the heck resort to Photoshopping images!!!," said Omar Abdullah, former J&K Chief Minister.

Amazing. It's not as if the PM didn't go visit Chennai so why the heck resort to Photoshopping images!!! https://t.co/MEt6ol8O59

Here's how the doctored picture was made fun of on Twitter 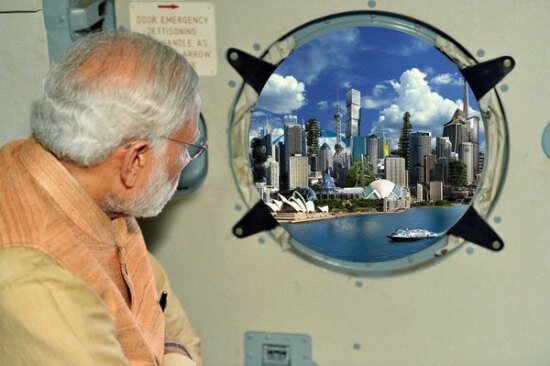 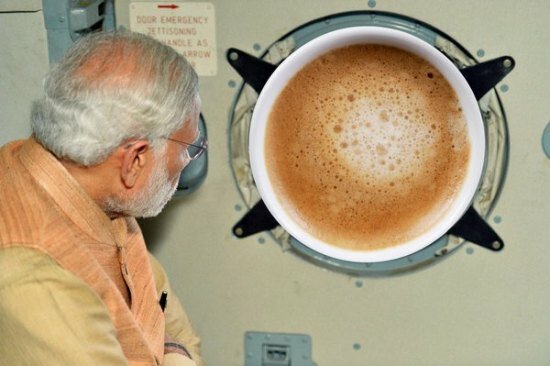 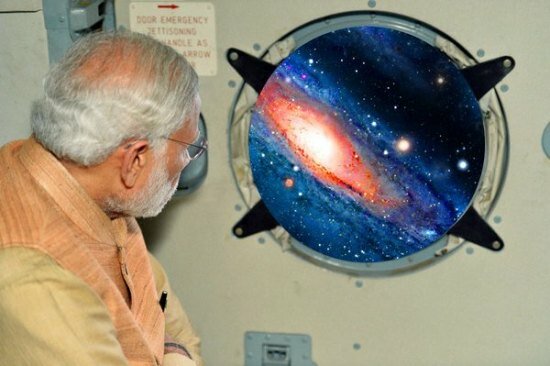 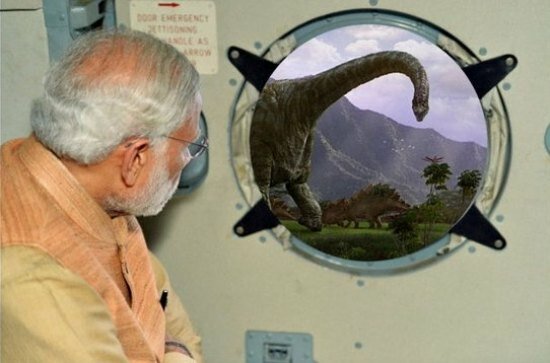 Mocked image of Modi showing him travelling past in time to see dinasaurs!

There were more photos with one photoshopping image of space citing: "Maybe the only foreign place Modi hasn't travelled to as PM."

But Modi stayed away from the controversy and focusing on the grave issue at hand. "We are all pained by the devastation in TN. Took stock of the damage, on the ground & through an aerial survey," Modi said tweeting the original picture which shows a blurry picture outside the plane window.

PIB quickly deleted the photoshopped image after it sparked mockery on Twitter with many asking it to apologise for making light of a very grave situation in Chennai.