Rishi Kapoor has celebrated his 62nd birthday in the city of London with his family and posted an adorable picture of the trio – Ranbir Kapoor, Neetu Singh and himself – celebrating with a meal at London Mayfair's trendy bistro – Le Petit Maison. 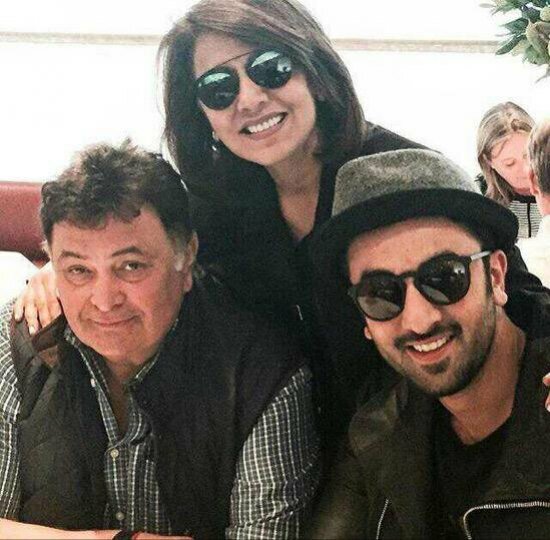 The actor, an avid Twitter user tweeted the happy family picture which shows Ranbir Kapoor trendy in a hat, leather biker jacket and dark sunglasses. Neetu Singh, meanwhile looked radiant in a pair of aviator sunglasses. Birthday man Rishi Kapoor tweeted the pic adding: "This afternoon at the Le Petit Maison. Thank you Ranbir for coming early". Ranbir Kapoor, who will next be seen in Imtiaz Ali's film Tamasha starring opposite Deepika Padukone took time off from his busy schedule to celebrate his father's birthday in London with the family. The trio had lunch at the posh Mayfair bistro, popular for its nice and quiet atmosphere and quality food.

Rishi Kapoor, who is known for his ageless charm and youthful personality, was last seen in the film All is Well playing father to Abhishek Bachchan. 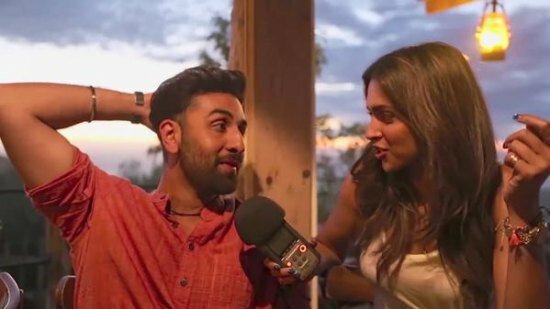 Ranbir's distance from social media world was evident in a recent video posted by Deepika Padukone on Facebook page where she asks Ranbir a few questions about Facebook, Instagram and Twitter and Ranbir is clueless. Deepika said: "Our friend here doesn't know much about social media."