Home » Politics » “To everyone in Britain and around the world – Ramadan Mubarak”, Says PM David Cameron
Cameron took a break from campaigning for the EU referendum to wish Muslims Ramadan Mubarak

“To everyone in Britain and around the world – Ramadan Mubarak”, Says PM David Cameron

British Prime Minister greets Muslim communities in Britain and beyond for the holy month of Ramadan. Taking a break from campaigning for the EU referendum vote on June  23rd,PM David Cameron used the occasion to express UK’s support for the people in Syria and the region. 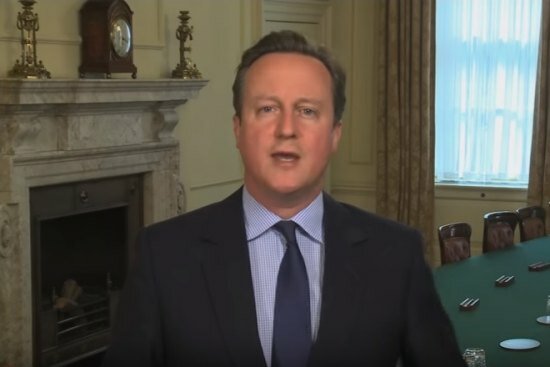 “It’s the holy month of Ramadan – a time when mosques open their doors, community centres welcome in their neighbours, and even churches and synagogues offer up their spaces as Muslims break their fasts – and people of all faiths and none are often asked to join,” Cameron said.

“Uppermost in all our minds this Ramadan are those whose lives have been torn apart by the twin evils of Assad and Daesh, all those families spending this holy month in refugee camps mourning loved ones; yearning to go back to school or work; wondering when they’ll return home again.

“Our thoughts – whatever our backgrounds or beliefs – are with them. And we must continue to support the people of Syria and the region, as we work towards a lasting political solution. Because that’s who we are as a country. We won’t walk on by. So this Ramadan, let’s renew our resolve to help those victims,” he added.

As part of Ramadan celebrations in the UK, Coventry Cathedral is holding its own multi-faith iftar. In Manchester, they’re combining an iftar with England’s European Championships appearance. And homeless shelters across Britain are holding ‘Iftars with the Homeless’.

The PM also acknowledged the efforts Muslims put in to fast during long days. “Of course, fasting is what comes to mind when we think of Ramadan. It’s part of the month that really puts Muslims’ faith to the test – especially during these long, warm days.”

“Let’s continue to come together for iftars and community events. Let’s celebrate the proud, multi-racial, multi-faith democracy we live in.

“To everyone in Britain and around the world – Ramadan Mubarak.”

British Foreign Minister Philip Hammond also wished Muslims adding: “Most Muslims will spend this Ramadan with their families, but poverty and conflict are keeping people apart. This includes the millions of Syrians who have been displaced and those in refugee camps.

The UK is acting for a resolution to the conflicts in Syria, Iraq and Yemen. We will continue to work for a peaceful, secure world and support all those who need our help. I welcome calls for a nationwide truce in Syria during Ramadan and encourage all those with influence to take this opportunity to end the bloodshed.”