India’s Defence Ministry has cancelled its $750m (£485m) helicopter-purchase contract with AgustaWestland, the Anglo-Italian company amid bribery allegations. The move, a significant blow to UK's manufacturing sector, is likely to end in a legal battle. 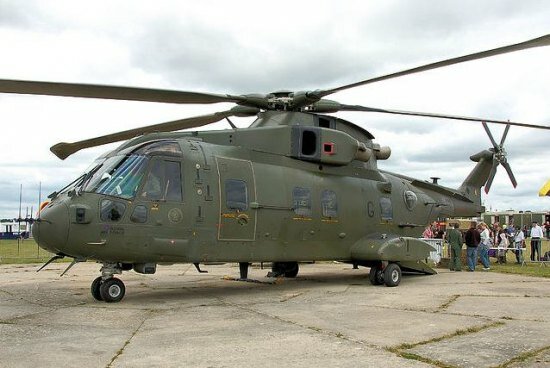 12 such AW101 choppers made by AgustaWestland were ordered by Indian government for VVIP use
Image: Wikimedia Commons

In an official statement, the Ministry announced that the Indian government has "terminated with immediate effect the agreement that was signed with AgustaWestland International Ltd (AWIL) on 8 February 2010 for the supply of 12 VVIP/VIP helicopters on grounds of breach of the pre-contract integrity pact and the agreement by AWIL."

The Ministry of Defence was set to procure 12 AW101 helicopters from the firm for the use of Indian VVIPs. But in February 2013, it issued a formal show cause notice to the chopper manufacturer on the grounds that the British-Italian company had bribed Indian officials to bag the multi-million pound chopper contract.

The 12 luxury helicopters (like those used in Bond film Skyfall) ordered by the Indian government were going to be used by VVIPs including the Indian Air Force, prime minister and the president for official travel.

AgustaWestland is a subsidiary of Italian conglomerate Finmeccanica and was formed when Italian company Agusta and Somerset-based UK company Westland Helicopters merged in 2001. The cracks in the deal between Indian government and AgustaWestland started appearing when it emerged that Finmeccanica had allegedly bribed top Indian intermediaries to secure India’s order of 20 helicopters for its VVIPs.

On February 12, Finmeccanica chief executive Giuseppe Orsi was arrested in Italy as part of an investigation into alleged corruption involving the sale of helicopters to India.

When Orsi was arrested, the Indian government and defense minister AK Antony had threatened to abandon the VVIP chopper contract with Finmeccanica if there was any truth in the bribery allegations against the company. While Orsi formally resigned from his post, he has denied any wrongdoing.

But as pressure from the Opposition party in India intensified, the Defence Ministry began action, ten months ago, by putting on hold its payment to the company. India also sought to take other actions based on the terms of the contract and the Integrity Pact. it sent senior Defence official, AK Bal, to Italian capital Rome to gather "as much evidence as possible relating to the allegations of corruption".

India had already received delivery of three choppers and has made partial payment to the Anglo-Italian company. The remaining helicopters were due for delivery later in 2013.

In addition to the corruption investigation in Italy, a separate inquiry is likely to take place into the alleged role of India’s intermediaries in taking bribes to award the contract to the Anglo-Italian company.

The move is also likely to dent British Prime Minister David Cameron's efforts to boost trade ties between India and the UK.