British Prime Minister David Cameron has joined Eid festivities and wished Muslims across the globe while praising British Muslims for their generosity. 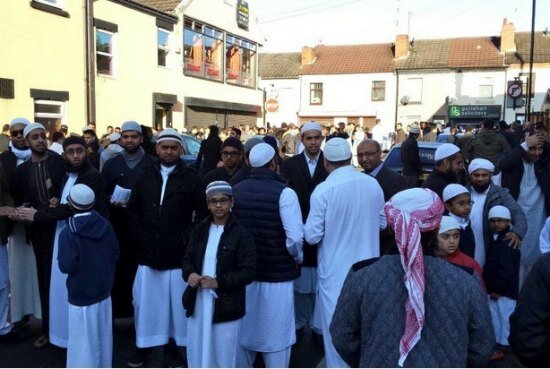 Cameron praised the British Muslims for their overwhelming help and support to the Syrian refugee crisis and for the community's contributions to all fields in the UK – business, healthcare, sports, and politics.

Cameron's message on Eid was focused on celebrating the festivities and the achievements of the faith community but also reflecting on those who are suffering during this holy festival.

He said: “Earlier this month I was in Lebanon and Jordan, meeting the people who have fled war and terror in Syria and Iraq.

“There I met Malik, aged 15, who lost his leg to a barrel bomb - just one of the millions of victims maimed, murdered, driven from their homes and separated from their families by the brutality of Assad and ISIL.

“I know British Muslims will be thinking of people like Malik as you come together with loved ones this Eid, to pray, reflect, feast and exchange gifts.

“As the faith group in this country that gives more than any other, I know you will take pride in the fact that Britain is the second-largest contributor to the Syrian refugee crisis.

Cameron pointed that more than one billion pounds of British aid – UK's largest contribution to a humanitarian crisis in history – is helping people like Malik and stopping others from making the perilous attempts at reaching Europe with the malign hand of the traffickers.

He added: “But British Muslims are known for more than their generosity.

“They’re known for rising to the top of their fields, from business to medicine, from sport to politics – including the government I am so proud to lead.

He continued, “This is the great British story: a multi-racial, multi-faith democracy built over generations, where people can come with nothing rise as high as their talent allows.

“I wish you a joyous and peaceful festival. “Eid Mubarak.”

The first day of Eid al-Adha - the holy festival in Muslim calendar – turned tragic for some as more than 310 people were killed and nearly 500 injured, in a stampede near Mecca, Saudi Arabia in the morning of Thursday, September 24. Millions of Muslims are thought to make their pilgrimage or Hajj to Mecca during Eid al-Adha.

British Foreign Minister Philip Hammond also sent his best wishes to Muslims celebrating Eid al-Adha:  "We remember all of those killed and injured in the terrible accident at the Grand Mosque and our thoughts are with their families at this time. As Muslims gather with their families I wish you a peaceful and joyous Eid al-Adha. “Eid Mubarak.”