When you walk into a Sanjay Leela Bhansali film you have to leave your inhibitions at the door. The guy expects unconditional surrender to his grandiose vision, wound up characters, over-wrought emotions, and operatic sets and costumes. You can’t do Bhansali without a million candles, humungous chandeliers, wall-to-wall murals, orgiastic colours, picture-perfect lighting and people who scream their feelings out and wring each other’s necks in love. 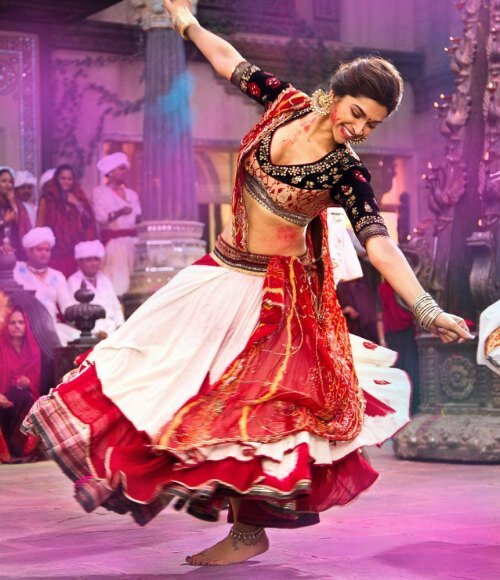 In interviews he reminds you of his childhood spent in a Bhuleshwar chawl where you had to shout to be heard. Hence the cacophony of Hum Dil De Chuke Sanam’s extended family. He tells you about his mother’s thwarted dreams as a dancer, and his love for her that prompted him to add her name to his. And of the alcoholic father with whom he’s been trying to make his peace through all his films––HDDCS’s Sameer even looks heavenward and throws punches at him. An article published in a respectable business paper after the release of Guzaarish (2010) likened him to the tragic genius of Guru Dutt and we shan’t react to that.

Still, Bhansali is obviously obsessed with wounded people. He wants them to be heroic, but won’t allow them to breathe without breaking into hysterics. Nor us. I’ve often felt trapped in his films. Like what if this frenzied fuss never ends and I have to spend the rest of my life in another man’s tortured fantasy? 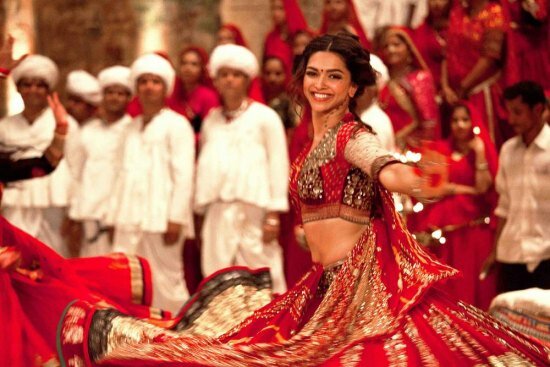 Fortunately, in Ram Leela some of the characters escape his stranglehold from time to time. Particularly Leela (Deepika Padukone), who delivers a couple of solid punches in key dramatic moments. He has a flair for directing women. Manisha Koirala, Aishwarya Rai, Rani Mukherji have all given him their best. So does Padukone, as the feisty girl who refuses to let her gleefully menacing mother (Supriya Pathak demonstrating how over-the-top can be done just right) crush her.

Leela knows her mind and speaks it, but the tone of the narrative being overtly patriarchal her life never really is hers to choose. Still she breaches the precincts, and not just of her haveli, making a particularly favourable impression in her romantic scenes with Ram (Ranveer Singh). Till he imposes his manhood (and oh, let’s not talk of his chiselled body and perilously low-hanging dhotis, not to mention the ganji endorsement that even Bhansali’s self-styled genius couldn’t resist) by screaming her into a corner at a turning point in the narrative before stomping off to ruin the love story.

The machismo is disturbing. From the opening scene where Leela’s cousin Bhavani (Gulshan Devaiah) chases Ram’s little nephew across rooftops trying to shoot him down, to a couple of horrific slow motion sequences of women being brutalised by gun-totting goons in the second half.

In the run-up to the film’s release, Bhansali spoke of his admiration for Ketan Mehta’s Mirch Masala (1986). Unlike that film where the metaphor of the red chillies was crucial to the theme of women's resistance against male oppression, here the chillies and the cholis are all part of the prettiness and nothing more. So is the allusion to V Shantaram and Dada Kondke.

Although objectively speaking, he's right. What's Ram Leela if not an amalgam of Shantaram and Kondke channelled through Shakespeare's Romeo and Juliet at the designer village nautanki?!