From installation of Lord Ganesha’s idol to holding cultural events and from performing everyday artis to a Ganpati Visarjan in Thames – many UK Indian organisations recreated the traditional Ganpati festival magic in the UK between September 19 and 29. 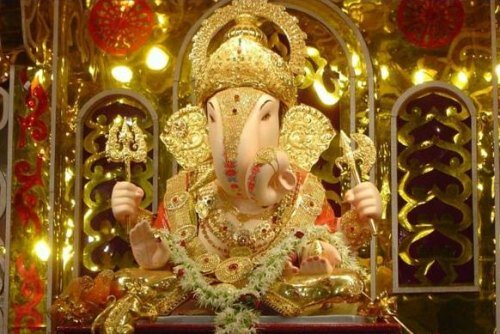 Ganesh Chaturthi - celebrating ganpati festival in London and UK regions
Image: Wikimedia Commons
UK Indian organisations such as the Slough Mitra Mandal, the Maharashra Mandal London, Marathi Mandal Reading and Saidham temple in Nottingham are among those that brought the traditional Indian Ganpati festivities to the UK.

Ganeshotsav or Ganesh Chathurthi was celebrated on September 19 to mark the birth of Lord Ganesha. Traditionally, in several Indian cities such as Mumbai, Pune, and Aurangabad in Maharashtra, Ganeshotsav is seen as an event to promote community collaboration marked with a 10 days of cultural activities for children as envisaged by social reformer Lokmanya Tilak. It is also used to spread social messages with theme-based Ganpati decorations.

Influential Bollywood celebrities and cricketing stars use the occasion to spread messages of love, peace and prosperity.

Actor Amitabh Bachchan was one of the first Bollywood star to share 2012 Ganpati wishes on Twitter. "The drums and the bands roll .. dancing on the streets at every corner .. lights, color, pagentry and GANPATI BAPPA !!! Moriya !!" he said.

Sticking to its true spirits, the 2012 Ganpati festival celebrations in the UK included the full glory of the Indian celebrations for 10 days.

The Maharasthra Mandal London hosted the 22nd consecutive year of Ganeshotsav celebrations at the Mandal and celebrated the festival in full traditional style including setting up of the idol on September 19. Its Ganesh Visarjan ceremony was on September 29, in River Thames in London. It invited devotees for 11 days in between for artis and held several cultural events for children.

Ganeshotsav in other UK regions

Further west from London, in Slough, the Slough Mitra Mandal in association with Slough Hindu Temple organised its second Ganpati festival celebration in the region. 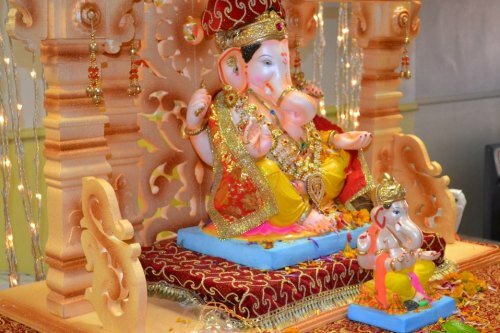 This year’s five-day event (between September 19 and 23) included cultural programmes such as dance shows, drama, Bhajans and talent shows as well as competitions for children around painting and poetry recital. 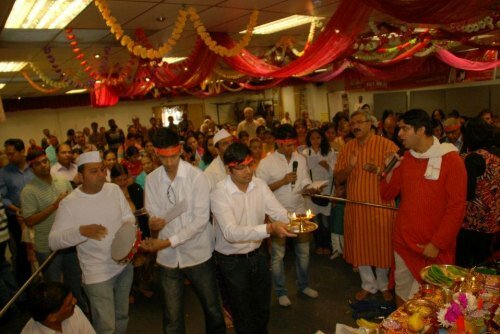 
North of London, the Ganpati festival was celebrated at Sai Dham Temple, Nottingham. 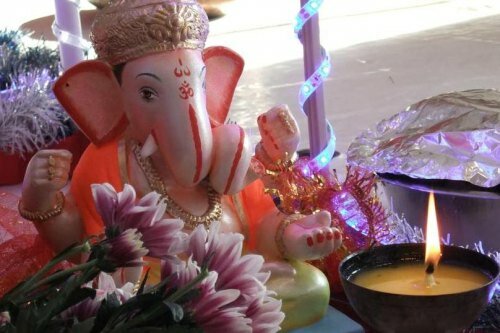 The temple organisers planned a 11-day activity-filled event between September 19 and 29. The main event was on Sunday September 23 at the Rushcliff Leisure Centre where children and youth groups demonstrated their musical and dance talent. 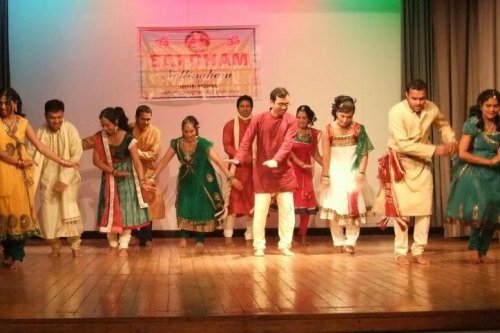 As part of the Nottingham festivities, there was a Kavi Sammelan on Friday, September 21 between 7pm and 10pm; competitions for children such as clay modelling and drawing on Saturday, September 22 between 4pm and 8.30pm; and Anand Mela featuring Bollywood-themed music and dance all day on Sunday, September 23 (between 11am to 6.30pm). The celebrations will concluded on September 29 with a traditional "fancy dress" evening for children and adults.

In Reading too, at the Woodford Park Leisure Centre, Haddon Drive at Woodley, there was traditional celebrations to mark the festival. Organised by the Marathi Mandal Reading, it included welcoming of the Ganesh idol, poojas, artis and Samuhik on Sunday, September 23.

But that is not all. Indian restaurant Masala Zone is offering a free desert with orders of food over £9.25 to mark the celebration of Ganpati festival. The Masala Zone Free Desert offer will be on until October 14 excluding Saturday evening after 6.30pm.