India and England 2014 cricket itinerary: five Test matches and ODIs and a T20

The 2014 cricket schedule between India and England will include five Test series, five One Day International (ODI) series and a T20 match all played in England. This will be India’s first tour to England since 1959 to play a five-Test series against England. 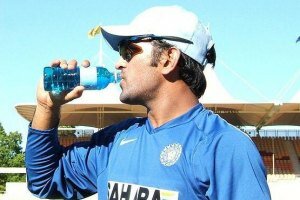 The India and England Test matches will be held at Trent Bridge, Lord's, Southampton (Ageas Bowl), Old Trafford and the Oval, the England and Wales Cricket Board (ECB) said as it announced India’s tour of England next summer which will last between Monday, 23 June and Monday, 8 September.

"This will be the first time England has hosted India in a five-Test series in more than 50 years and the length of the series reflects the iconic status which contests between these two great cricketing nations now enjoy,” said ECB chief executive David Collier

As for the ODIs, the 2014 series between India and England comes after India triumphed in the final of the ICC Champions Trophy competition at Edgbaston earlier this year.

While the first Test of 2014 will begin only Wednesday, 9 July, India will play warm-up matches against Leicestershire, Derbyshire and Middlesex consisting of 50-over games.

India last toured England in 2011 when they were defeated four-nil in the Test Series and three-nil in the ODI series with the T20 series drawn 1-1.

India’s 2011 tour to England brought together more than 850,000 spectators over the course of the season, according to the ECB.