India resumes cricket ties with Pakistan after a five-year gap 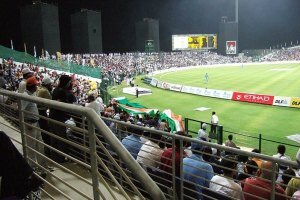 India and Pakistan have revived their bilateral cricketing ties after a gap of five years with India inviting Pakistan to play a cricket series in December.

Pakistan’s cricket team will visit to India to play three one day international (ODI) matches and two T20 series in December 2012 and January 2013.

The last time the two countries played each other was in 2007-08 when Pakistan toured India. But following the terror attack in November 2008 (26/11) on Mumbai, India’s financial capital, India cancelled all bilateral cricketing ties with Pakistan.

The two teams last faced each other in the 2011 cricket World Cup semi-finals at Mohali. India won the match and went on to win the World cup title last year.

The announcement came after the BCCI (Board of Control for Cricket in India) Working Committee met in Delhi earlier on Monday, July 16 to discuss several key issues.

“It was decided to resume cricketing ties with Pakistan by inviting the Pakistan cricket team for a short series in December 2012 – January 2013,” said Sanjay Jagdale, secretary of BCCI. “The modalities will be worked out shortly.”

The countries are resuming cricketing ties just days after diplomats from India and Pakistan held peace talks to ease the on-going tension between the two over the 2008 terror attack.